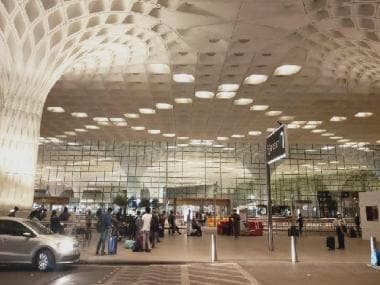 A controlling 74% stake in Mumbai International Airport, together with the six non-metro airports it bagged in a government tender, will make Adani Group the largest private operator of airports in India

New Delhi: Billionaire Gautam Adani”s conglomerate on Monday said it will take controlling stake in Mumbai airport through deals in which it will acquire the debt of current promoter GVK and buy out minority shareholders.

Adani Group will acquire GVK Airport Developers Ltd’s 50.50 percent stake as well as buyout 23.5 percent stake of Airports Company of South Africa (ACSA) and Bidvest Group (for which it has obtained Competition Commission of India approval), it said in a regulatory filing.

A controlling 74 percent stake in Mumbai International Airport Ltd (MIAL), together with the six non-metro airports it bagged in a government tender, will make Adani Group the largest private operator of airports in India.

The state-run Airports Authority of India (AAI) runs most of the airports in the country.

Adani Airport Holdings will acquire the debt of GVK Airport Developers, the holding company of GVK Power and Infrastructure, the filing said.

The debt will be converted into equity at mutually-agreed terms, GVK said in a separate filing.

This conversion would lead to Adani Group getting all of 50.5 percent stake of GVK Group.

The two firms did not give details of the deal including the debt that Adani is taking over and the terms of conversion.

After seaports, Adani Group is betting big on the airport sector and has won the bids to run six AAI-built non-metro airports in Lucknow, Jaipur, Guwahati, Ahmedabad, Thiruvananthapuram, and Mangalore. It has now entered the country’s second busiest airport.

The move comes at a time when the COVID-19 pandemic has hit brakes on the aviation sector.

“The aviation industry has been severely impacted by COVID-19, setting it back by many years and has impacted the financials of MIAL,” GVK Chairman GVK Reddy said in a statement. “It was therefore important that we bring in a financially strong investor in the shortest possible time.”

GMR Infrastructure is the other big private airport operator in the country. GMR, which operates the international airport in New Delhi, is also selling a 49 percent stake in the airport business to a consortium led by Tata Group, a unit of Singapore”s sovereign wealth fund GIC and SSG Capital Management.

“Mumbai, the City of Dreams! It is a privilege to have an opportunity to serve the air travelers of one of the greatest Metropolis on our planet,” Gautam Adani, 58, tweeted.

Mumbai, the City of Dreams! It is a privilege to have an opportunity to serve the air travelers of one of the greatest Metropolis on our planet. #GatewaytoGoodness – Look forward to helping transform the Indian Airport Sector!

In October last year, debt-laden GVK Group had entered into an agreement to sell 79 percent of its stake in GVK Airport Holdings for Rs 7,614 crore to three investors to help retire debt.

“The GVK Group and AAHL have agreed that AAHL will offer a stand-still to GVK, in addition, to release the guarantee given by GVK Power and Infrastructure Ltd with respect to the debt acquired by it,” the company said in the filing.

“Upon the acquisition of the debt of GVK Airport Developers, Adani Group will take steps to obtain necessary customary and regulatory approvals, as may be required, to acquire controlling interest in MIAL,” it said.

GVK said it has “agreed to cooperate with Adani Airport Holdings Ltd (AAHL)” under which the Adani Group firm will acquire debt from various lenders including a Goldman Sachs led consortium and HDFC.

“When the transaction is consummated, which is subject to customary approvals, we would be reducing a significant portion of liabilities to our lenders, which is of utmost importance to the group,” GVK Reddy said.

Adani Group had in March 2019 agreed to acquire a 13.5 percent stake of South African company, Bidvest for Rs 1,248 crore. However, GVK Group blocked the deal claiming the right of first refusal.

GVK, however, could not bring money to the table to buy Bid Services Division Mauritius” (Bidvest) stake and the matter went to court.

With GVK Group’s finances under strain, it has now come around to the idea of selling the stake to Adani Group.

ACSA owns 10 percent in MIAL and the balance 26 percent stake is held by the AAI.

GVK said has “notified ADIA, NIIF, and PSP that the transaction documents stand terminated as it is no longer effective and implementable.”

“The reason for this decision was (a) the terms of the transaction envisaged in the transaction documents were not implementable and (b) the alternative proposals discussed would not provide a resolution to the lenders of ADL by the end of August, which was a requirement of our lenders,” it added.

The deal comes after the Central Bureau of Investigation (CBI) earlier this month charged the GVK Group with siphoning off funds totaling Rs 705 crore. It is charged with causing a loss of Rs 310 crore to the exchequer by entering into fake work contracts on the land given by the government to MIAL.