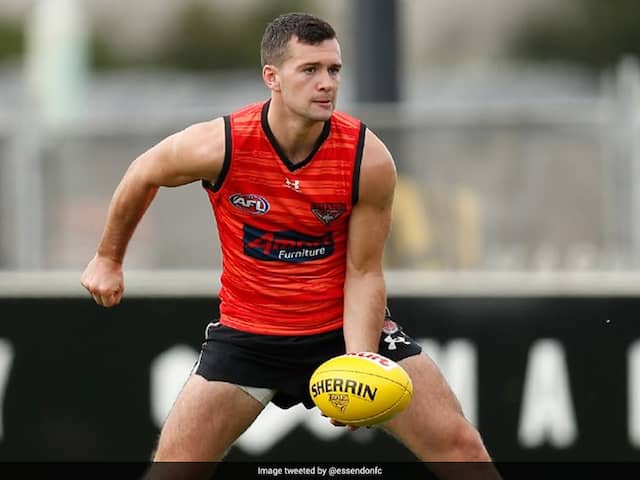 Conor McKenna was asymptomatic and officials are working to identify his close contacts.© Twitter


An Australian Rules game was called off Saturday after a player tested positive for coronavirus, barely a week after the season resumed following a long COVID-19 shutdown. Essendon star Conor McKenna had returned from Ireland a month ago and self-isolated for two weeks as required by Australian health authorities. “He returned a low-grade irregularity yesterday after being tested as part of our COVID-19 protocols,” AFL chief Gill McLachlan said. “He was tested again this morning and we were informed the test came back positive.”

The 24-year-old was among a spike in recorded cases in the state of Victoria, where Essendon is based, with authorities reinstating tighter social distancing measures on Saturday.

After midnight, permitted gatherings in people’s homes will be reduced from 20 people to five. Plans to allow more patrons in pubs, restaurants, and cafes were put on hold by the Victorian premier after the state recorded 25 new infections — its highest daily increase in over a month.

McKenna was asymptomatic and officials are working to identify his close contacts, with all players and staff at the club asked to isolate.

It means Sunday’s Essendon-Melbourne match has been postponed. All other games will go ahead as scheduled.

Aussie Rules, similar to Ireland’s Gaelic football, is the country’s biggest spectator sport and returned to action on June 11 after being suspended in mid-March after just one round.

There are strict health and safety protocols in place with players required to have a coronavirus test 24 hours out from a match, which McLachlan said had paid dividends.

“Without the testing, we would not have known, so the system has done what it was designed to do,” he said, adding that there had been 13,000 tests of players and staff so far and only one positive.

Australia as a whole has dealt well with virus, continuing to roll back restrictions and reopen the economy elsewhere in the country.

Scott Disick and Sofia Richie Break Up After 3 Years