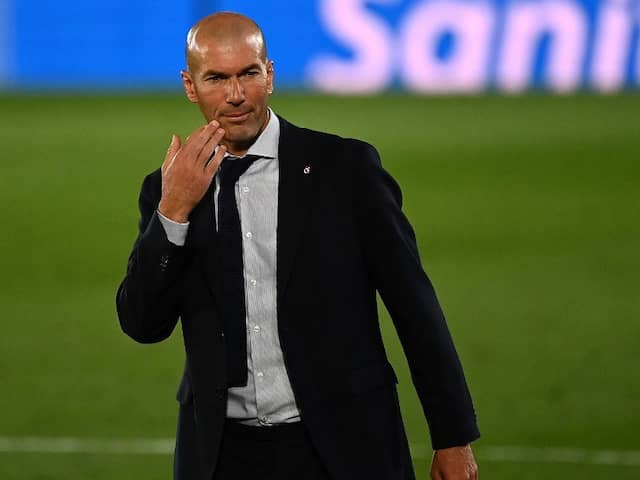 Zinedine Zidane’s side has won all their 9 La Liga games after returning to action in June.© AFP


Real Madrid manager Zinedine Zidane said that “my players are the best” and they all deserve to win the Ballon d’Or. “I think my players are the best. Karim has been performing very well for many years, but as always, only one player can win the Ballon d’Or and everyone can have their opinions. If you ask me whether my players deserve it, I think they all do,” the club’s official website quoted Zidane as saying. The Zidane-led side has displayed an amazing form since the resumption of La Liga following the coronavirus-enforced break. The club has won all their nine games after returning to action.

Real Madrid, who sit at the top of the La Liga table with 83 points, are currently gearing up for a clash against the fifth-placed club Villarreal.

Terming them “tough opposition”, Zidane said it will most likely be the most difficult game they have had recently.

“Tomorrow will be most likely be the most difficult game we’ve had recently. Villarreal is a team that have shown they know how to play some good football and will be tough opposition,” he said.

Real Madrid will compete against Villarreal on Friday.

Vijay Shankar Talks About Comparison With Hardik Pandya, Says, “Have To Focus On Games That I Have”