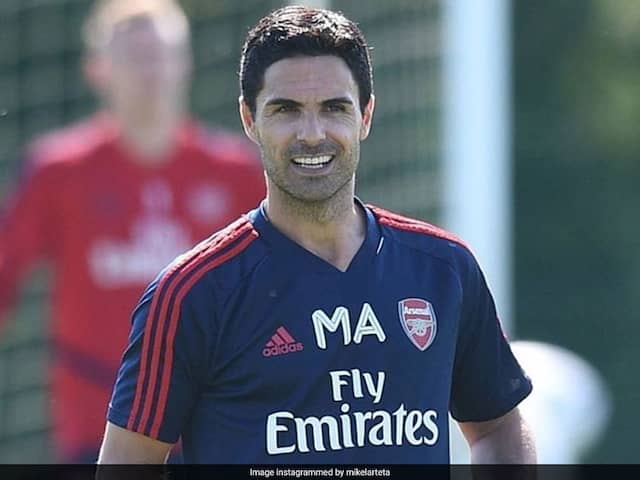 
Arsenal manager Mikel Arteta said since he joined, the club has taken a lot of “steps forward” and is in a “really good position” to move forward. “It’s been a challenge for all of us. It’s been a challenge since I joined, because of the situation that we were in, but I think we made a lot of steps forward. We tried to change the energy that we had around the place, even our stadium with the players and with the staff as well and I was very positive in the way that we were developing things,” the club’s official website quoted Arteta as saying.

“Obviously, we had a big turning point with the coronavirus and being away from each other for three months, but we’ve been trying to keep going in our direction, being close in contact and communication with our players and our staff and I think we are in a really good position to move forward,” he added.

Arteta was appointed as Arsenal manager in December last year. Arsenal are currently struggling in the Premier League as they are placed in ninth position with 40 points.

After a long break, Premier League is set to return to action on Wednesday when Aston Villa compete against Sheffield United.

Arsenal will resume their 2019-2020 campaign on June 18 against Manchester City. Despite all the uncertainties, Arteta said they are desperate to get back to playing.

“We have some uncertainties that we cannot control and we do not know how the players are going to respond now, playing every three days after three months, but most of the clubs are in the same position. We will try to adapt and to make the most out of it. We don’t try to find any excuses. We’ll go for it and enjoy it because I think we’re all missing football so much that we’re all desperate to get back playing,” he said.

Aston Villa vs Sheffield United: Live Streaming, When And Where To Watch Live Telecast

Samsung launches new range of smart TVs in India. Price and other details

Samsung launches new range of smart TVs in India. Price and other details

Neal Morse launches video for “In The Name Of The Lord”; first single from ‘Sola Gratia’