Amazon, which cannot itself acquire Future, tries to block the Future-Reliance transaction, putting livelihoods, lenders and vendors at risk. 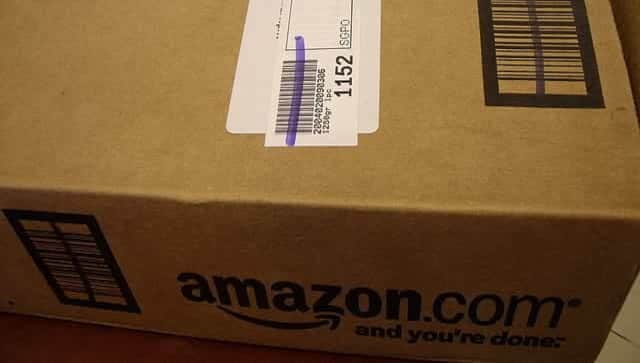 Is Amazon looking to now control 100% of Future Retail and Future Group’s assets worth Rs 30,000 crore with an investment of Rs 1,431 crore in Future Coupons? Image courtesy David/Wikimedia Commons

As Amazon attempts to block the transaction for the sale of Future’s retail assets to Reliance, the Kishore Biyani-founded company finds itself in a parlous financial position, with its value eroding because of the uncertainty.

Sales at physical retail outlets of the Future Group—which include Big Bazaar, Easyday, eZone and FoodHall—had dipped substantially prior to the lockdown. In fact, on 21 March, rating agency Icra had downgraded a Future Group company (Future Corporation Resources) to junk status citing high levels of debt and pledged shares.

But the outbreak of the COVID-19

pandemic delivered a body blow to the firm’s liquidity position. Future Group ended up defaulting on payments in excess of Rs10,000 crore to not only financial institutions and lenders but also vendors, suppliers and landlords in terms of unpaid borrowings, bills and lease rentals.

Banks and financial institutions have exposure exceeding Rs18,000 crore towards unpaid debts from Future Group’s accounts. When it comes to suppliers and vendors, unpaid bills are pegged over Rs 7,500 crore, documents seen by Moneycontrol show.

In August 2019, Amazon invested Rs 1,431 crore in an arm of the Future Group, executing a controversial transaction which has put it at odds with the Future Group and Reliance Retail, which went on to acquire the assets of the troubled retailer in August this year for about Rs25,000 crore. Amazon, through an emergency arbitrator in Singapore, has obtained a temporary stay on the transaction. Future Retail has requested the Delhi High Court to ask Amazon to stop interfering in the approval process for the asset sale scheme.

In fact, during the course of arguments before the Delhi High Court, Future Retail Senior Counsel Harish Salve said that interference by Amazon in the Future Retail-Reliance Retail deal may lead to job losses at the beleaguered firm and even bankruptcy.

“This whole concept of minority rights being protected is nonsense. Thousands may lose jobs, FRL may go bankrupt but this great American giant (Amazon) should not be upset,” said Salve, according to Bar & Bench. “In today’s day and age, to say that I will kill a 25,000 crore company. God knows if Amazon still thinks that it’s living during the time of the East India Company.”

Thousands may lose jobs, FRL may go bankrupt but this great American giant should not be upset : Salve

According to sources with knowledge of the matter, the dire state of financial affairs at the Future Group was conveyed to Amazon, which had invested Rs 1.431 crore and picked up a stake in Future Coupons Limited. But post discussions, the US e-commerce major could not provide any viable solution to avert the crisis and did not carry out any rescue act.

Later, with its back to the wall, the Future Group kick-started discussions with Reliance Retail for a potential partnership. Amazon was at all times aware of the transaction with Reliance – in fact, it had even been informed separately by Reliance, sources said.

“The present imbroglio between Future Group and Amazon is very detrimental for the former’s listed companies, the minority shareholders and employees,” said Dipan Mehta, Founder & Director, Elixir Equities Pvt Ltd. “The more the delay in the deal, the greater the threat to the survival of the Future group companies,” he said.

Inevitably, the precarious financial situation hit the group’s massive employee base of 50,000 employees. Wage cuts followed and there were delays in payment of salaries and incentives to the staff. This has also led to a sharp dilution in the value of the assets of the Future Group’s (including retail and wholesale trade, logistics and warehousing, and FMCG outsourcing businesses) which are estimated to be in excess of Rs 30,000 crore.

Abhijit Kundu, Vice President at Antique Stock Broking, feels that the Reliance Retail deal was a lease of life for the struggling Future Group. “The transaction is getting delayed due to the ongoing case with Amazon, Future Group is facing an issue with working capital and its daily, routine operations have been hit. This is detrimental to the sustainability of operations and affects thousands of employees,” he said.

A Future Group spokesperson said the matter is sub-judice and declined to comment.

Amazon could not have invested in Future Retail as a foreign direct investment (FDI) in multi-brand retail is not allowed without prior government approval. However, there were no restrictions for FDI in the business of Future Coupons, where Amazon ended up buying its stake.

Therefore, Amazon’s investment in Future Coupons Limited was meant to be “a foot in the door for a potential investment in FRL, as and when government policy changes, if at all”, Future Retail argues in court documents, citing a call option available to Amazon in the Future Coupons shareholders agreement.

Based on a declaration made to the anti-monopoly watchdog, the Competition Commission of India (CCI), Amazon has rights and remedies limited to Future Coupons. Therefore, extending its reach beyond Future Coupons and entering into a claim against Future Retail would be opposed to FDI policy – since it would tantamount to Amazon’s control over Future Retail.

Which leads to the moot question — is Amazon looking to now control 100 percent of Future Retail and Future Group’s assets worth Rs 30,000 crore with an investment of Rs 1,431 crores in Future Coupons?

The Most Unique Celebrity Baby Names From The Last 30 Years