Bangladesh Tour Of Sri Lanka Postponed Indefinitely Due To Coronavirus 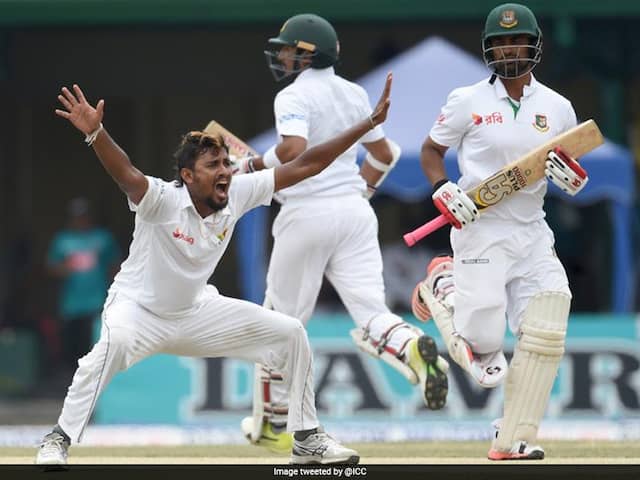 Bangladesh werescheduled to tour Sri Lanka next month for a three-Test series.© Twitter

“…the Bangladesh Cricket Board has informed SLC that a conducive environment has still not arrived for their players to take part in an international cricket series, purely due to the lack of preparation for its players, caused by the COVID-19 pandemic,” the statement read.

“…BCB and Sri Lanka Cricket have agreed that Bangladesh National Team’s tour of Sri Lanka which was scheduled to be held during July 2020 will not take place and will be deferred to a mutually planned later date,” it added.

The COVID-19 pandemic on Tuesday led to New Zealand’s Test tour of Bangladesh being postponed due to the health threat posed by the pandemic after three cricketers from the South Asian country recently tested positive for the virus.

New Zealand were slated to play a two-Test series in Bangladesh in August-September as part of the ICC World Test Championship.

The Bangladesh Cricket Board had earlier postponed its Test tour of Pakistan in April apart from the Ireland and UK tour in May.

Australia’s tour of Bangladesh, originally scheduled for June, has also been deferred, owing to the pandemic.

International cricket is set for resumption next month when England take on the West Indies in a home Test series.

Chrissy Teigen Just Debuted the Haircut of the Summer