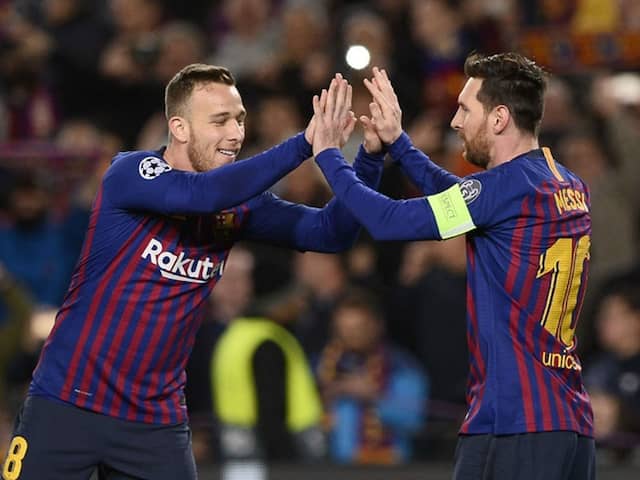 Spanish and Italian media have reported that Arthur has agreed personal terms with Juventus.© AFP


Quique Setien said Friday that Barcelona had not told him that Arthur Melo was leaving the Catalan giants, with the Brazil midfielder being tipped to move to Juventus. “I’m counting on him and he has a chance to play,” Setien told reporters ahead of Barca’s La Liga match at Celta Vigo on Saturday. “We need to make sure that this noise doesn’t affect him and that he is able to give his very best. The club has not told me that he will be sold.”

Spanish and Italian media report that Arthur, 23, will move to Serie A leaders and reigning champions Juve, with Miralem Pjanic moving in the other direction.

The Gazzetta Dello Sport reports that the deal will see Juve pay Barca 10 million euros ($11.2 million), and that Arthur has agreed personal terms with Juve.

“I don’t now if he will leave, some people say it’s better to keep him because of his young age, others the opposite,” added Setien.

“He will be with us until the final match of the season, and if he thinks of leaving afterwards, he needs to manage that, think about the fact that he still has things to do here, leave a good memory and be honest until the end.”

Barca are second in La Liga, level on 68 points with leaders Real Madrid, and go into Saturday’s clash at Celta Vigo with a tight tussle for the title awaiting them with seven games remaining in the season.

“(The current situation) is not normal, it all to play for and any player in that situation knows that the season is not over,” said Setien.

“I don’t doubt for a minute the professionalism and the honesty of the players until the last day.”