BharatPe board may take legal action against Ashneer Grover, alleges family ‘engaged in misappropriation of fund’ 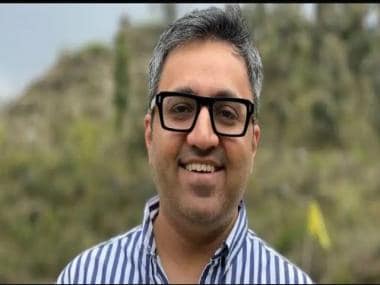 Ashneer Grover is no longer an employee, a founder, or a director of the company, said a statement issued by BharatPe.

BharatPe reserves the right to take legal action against the embattled co-founder Ashneer Grover who quit yesterday as managing director and board director, the company said in a detailed statement hours after an extensive late night board meeting. The statement follows a governance review tabled by the board on March 1, opening up a fresh battlefront between the two sides.

“The Board will not allow the deplorable conduct of the Grover family to tarnish BharatPe’ s reputation or that of its hard-working employees and world-class technology. As a result of his misdeeds, Mr. Grover is no longer an employee, a founder, or a director of the company,” the statement said.

The board, led by former SBI chairman and veteran banker Rajnish Kumar, met to table the final report of a governance review by independent consultant PwC . It came nearly 24 hours after Grover resigned from the company, claiming he was vilified.

BharatPe co-founder Ashneer Grover, who resigned as managing director on March 1 ahead of the crucial board meeting, said the investigation against him was a ‘sham’ and launched a fusillade of angry comments against the board, especially chairman Rajnish Kumar, accusing it of failing to keep details of their actions confidential.

“The whole process is a sham. You have decided what you want. There is no consideration for any process. You are just going after me, my wife, my whole family. Have you even called me once? Have the investors even spoken to me even once? What kind of a process is this where the chairman of SBI can’t run a confidential process for a month? ” Grover told Moneycontrol, in his first comments after his resignation letter to the board was made public.

Grover’s resignation was the consequence of a messy, “dirty linen washed in full public view” kind of battle with the boardroom that played out over the past month. The board of BharatPe, which allows shopkeepers to make digital payments through QR codes, had sought Grover’s presence in the meeting.

What will Grover do now?

Grover, who was helming one of India’s youngest companies, said he will look at founders who have had the ‘courage to build businesses with 100 percent ownership’. Grover holds a 9.5 percent stake in BharatPe.

“I am now looking up to people like Turakias (Bhavin) and Kamath (Nitin of Zerodha) who have the courage to build businesses with 100% ownership. It will take a bit longer to build. I will be in control of what I build and not build it for these people who are opportunistic,” he said.

Grover’s resignation also comes close on the heels of the termination of his wife from the post of BharatPe’s Head of Controls. In a two-page resignation letter, Grover alleged that he and his family have been embroiled in baseless targeted attacks.

In his letter, he has also pointed fingers at investors blaming them for treating founders as slaves. “You treat us Founders as slaves – pushing us to build multi-billion-dollar businesses and cutting us down at will. Investor-Founder relation in India is one of Master-Slave. I am the rebel slave who must be hung by the tree so none of the other slaves can dare to be like me ever again,” the letter read.

This comes after Moneycontrol reported on February 27 that BharatPe cofounder Grover’s emergency arbitration plea challenging the firm’s decision to conduct a governance review had been rejected by the Singapore International Arbitration Centre (SIAC).

In his resignation letter, Grover wrote: “From being celebrated as the face of Indian entrepreneurship and an inspiration to the Indian youth to build their own businesses, I am now wasting myself fighting a long, lonely battle against my own investors and management. Unfortunately, in this battle, the management has lost of what is actually at stake – BharatPe.”

Many twists and turns

On January 28, BharatPe, which is targeting an initial public offering (IPO), disclosed it had hired Alvarez to conduct a governance review of the company. The next week, it confirmed it had also roped in PwC.

Moneycontrol also reported on February 7 that the decision to bring PwC after hiring Alvarez was a step towards terminating the services of Madhuri Jain Grover and Ashneer Grover, as their ouster can only happen after a report by a Big 4 audit firm indicts them. According to a preliminary report by Alvarez conducted in January, inconsistencies were found in dealings with vendors. The report had flagged payments to vendors and consultants that were non-existent.

Allegations and counter-allegations have become the new norm at beleaguered fintech BharatPe. Soon after the embattled co-founder Ashneer Grover launched an attack on the chairman of the board of directors Rajnish Kumar and co-founder Bhavik Koladiya alleging the governance review was riddled with prejudice, the company accused him of spreading false information which it says is not appropriate for a managing director.

Grover told Moneycontrol earlier during the day that his resignation was triggered by the way the board was conducting the governance review and targeting his family and that he was not acting on his lawyer’s advice. Sources Moneycontrol spoke to suggested that Grover may have resigned to preempt the company from sacking him and clawing back his shares.

Grover did not attend the board meeting and did not immediately respond to Moneycontrol’s queries. However in a detailed interaction this morning, he said that he would continue to be a shareholder in the company.

Grover was sent on a leave of absence till March-end amid backlash regarding his abusive language to a Kotak employee, toxic culture at BharatPe, and brash behavior.

Jain, whose service was terminated last week had also launched a Twitter attack on the company. She had posted multiple videos of the office where employees could be seen partying. She had alleged that in this whole episode, she was treated like an “object”.

Interestingly, her entire Twitter thread has now been deleted.

Oscar Lang Releases Single & Video For “Get Out”