BharatPe co-founder Ashneer Grover resigns, says he is being ‘vilified, treated in most disgraceful manner’ 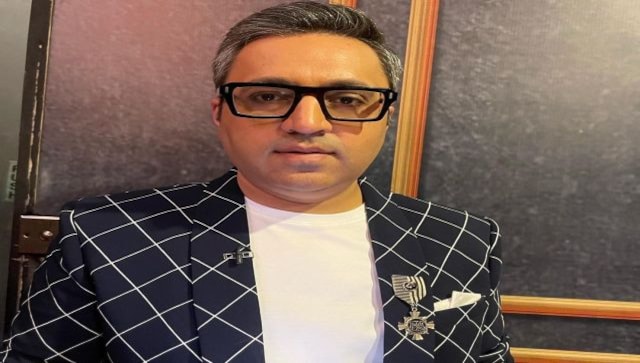 In January, Ashneer Grover had announced that he would be going on leave till March-end. Image Courtesy: Ashneer Grover/Instagram

BharatPe co-founder Ashneer Grover has resigned from the company and its board. This is the latest in the two-month-old drama that began unfolding ever since an audio clip of him allegedly abusing a Kotak Mahindra Bank employee surfaced.

Grover’s resignation comes a day after he lost an arbitration that he had filed with the Singapore International Arbitration Centre {SIAC), claiming the company’s investigation against him was illegal.

His resignation also after his wife Madhuri Jain, BharatPe’s controller, was sacked on charges of ‘misappropriation of funds’.

In an email sent to the fintech’s board, which was accessed by Economic Times, he wrote that he had been ‘vilified’ and treated in the ‘most disrespectful manner’ since the beginning of the year.

In his letter, as per a Moneycontrol report, he wrote, “Since the beginning of 2022, unfortunately, I’ve been embroiled in baseless and targeted attacks on me and my family by a few individuals who are ready not only to harm me and my reputation but also harm the reputation of the company, which ostensibly they are trying to protect.”

His resignation also talks about he has treated BharatPe as his ‘baby’ and despite circumstances being hostile, it didn’t stop him.

He goes on to write, “And since the investor template to make an unwanted Founder go away is to make them the villain of the piece, that’s what you have gone ahead and done – ‘Let’s invoke the SHA. Let’s put him on leave under the pretext of a governance review. Let’s terminate his wife’s employment. Let’s vilify his whole clan. We as investors are on top of the food chain – let’s cut him down to size and make an example of him’.”

Since the beginning of this year, Ashneer has been embroiled in one controversy after another.

On 5 January, an audio clip was leaked that had Grover allegedly abusing and threatening a Kotak Group employee for missing out on share allotment during the initial public offering {IPO} of FSN E-Commerce Ventures {operates online fashion and wellness company Nykaa}.

Following the leak, BharatPe co-founder and managing director Ashneer Grover on 19 January in a statement said that he was taking voluntary leave till March-end.

Also read: After ‘Audiogate’, BharatPe co-founder goes on voluntary leave: All you need to know about scandal surrounding Ashneer Grover

After 10 days, BharatPe Board announced to launch an independent audit of its internal process and systems. It also appointed Alvarez and Marsal, a leading management consultant and risk advisory firm to advise the board on its recommendations.

According to the preliminary report by risk advisory firm Alvarez and Marsal conducted in January, inconsistencies were found in dealings with vendors.

Grover, time-and-again alleged that the governance review was riddled with prejudice. He wrote a letter to the BharatPe board asking them to remove the chief operating officer Suhail Sameer from the board.

In fact on 27 February, Ashneer Grover lost the arbitration that he had filed against the company’s investigation against him, with an emergency arbitrator holding that there was no ground to stop governance review at the fintech firm.

News agency PTI citing sources reported that the emergency arbitrator {EA} however, rejected all the five grounds of his appeal and denied a single relief.

During this fracas, his wife Madhuri Jain Grover’s services were also terminated on 24 February over alleged financial irregularities.

According to an Indian Express report, Madhuri’s services were terminated over alleged “misappropriation of funds” and allegations that she used company funds to purchase beauty products and pay for family trips to the US and Dubai. The stock options vested with her were also cancelled in line with the employment contract.

What is the price of gold and silver today?

What is the price of gold and silver today?

Shares likely to be allotted today; here’s how to check your allotment status