Bharti Airtel promoter firm Bharti Telecom plans to raise $1 billion through equity sale to become debt free, according to a source aware of the development. 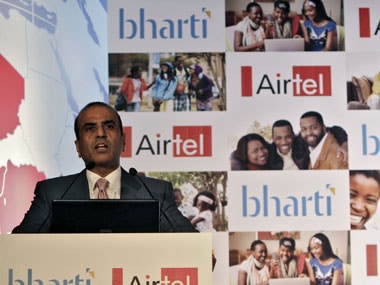 Sources told CNBC Awaaz that the company’s promoters may sell nearly 15 crore shares as part of the block deal.

JP Morgan is the banker to the deal.

The deal is likely to be at a 6 percent discount to the closing price.

The promoter firm Bharti Telecom plans to dilute 2.75 percent stake with floor price of Rs 558 per share through secondary placement.

“Bharti Telecom has roped in JP Morgan for the raising $1 billion by selling 150 million equity shares at a price of Rs 558 per cent per unit. It is a discount of six percent on closing price of Rs 593.2 apiece as on 22 May,” the source told PTI.

The $1 billion raise will make the promoter of Bharti Airtel debt-free.

Sunil Bharti Mittal and his family own around 52 percent stake in Bharti Telecom.

With this latest block deal for a 2.75 percent stake sale, the promoter and promoter group shareholding in the telco would come down to 56.23 percent from the current 58.98 percent, as per the information available on the BSE website.

The deal was expected to close by yesterday (25 May) evening, the source said.

What Is a Waist Trainer — and Do They Work?