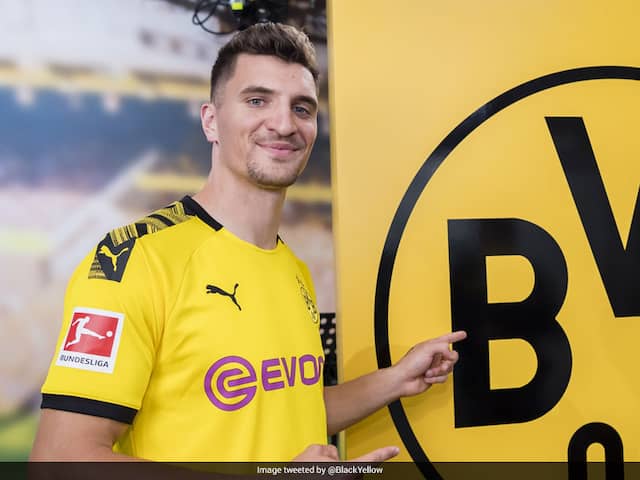 
Borussia Dortmund on Thursday confirmed the signing of Belgium defender Thomas Meunier on a four-year deal with no transfer fee after his deal with Paris Saint-Germain ran out. “Thomas Meunier is a player who has proven his quality at the highest level, including in the Champions League and with the national team over a long period of time,” said Dortmund’s sports director Michael Zorc.

“His experience will do us a lot of good.”

After four years in France, Meunier says he is looking for a new challenge with Dortmund, who have finished runners-up in the Bundesliga for the last two seasons.

“Borussia Dortmund plays exactly the kind of football I want to play: exciting, authentic and natural,” said Meunier in a statement.

“I’m ambitious and I want to win titles with Dortmund just like I did with Brugge and Paris,” he added having won three French League titles with PSG and the 2015/16 Belgian league.

The transfer means that Meunier will not feature for PSG in the Champions League quarter-finals when the competition resumes this August in Lisbon.

He faced Dortmund when PSG lost the first-leg clash 2-1 away in the last 16, but the French club went through after winning the return leg 2-0 in Paris, for which Meunier was suspended.

Dortmund are reportedly also on the verge of signing England Under-17 prospect Jude Bellingham from Birmingham City.