Brazilian Footballer Oscar Says He Can “Think About” Playing For China 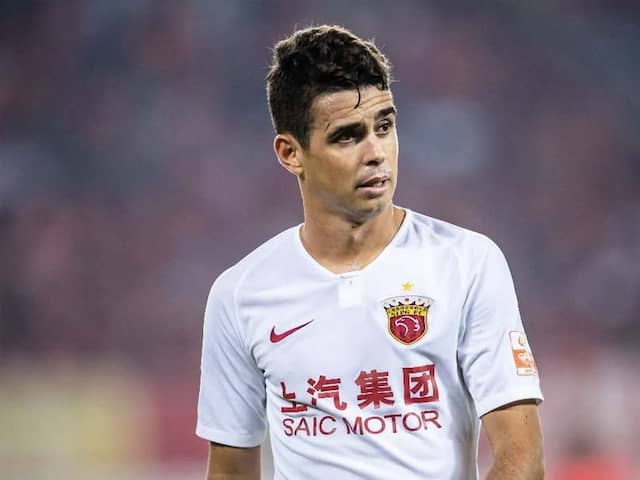 Brazilian footballer Oscar made the last of his 48 appearances for Brazil in 2015.© AFP


Former Chelsea attacking midfielder Oscar says he would be willing to ditch his Brazilian passport to play for China — if FIFA changed its rules. Oscar, who moved from the Premier League to Chinese Super League side Shanghai SIPG for a still-Asian-record 60 million euros in January 2017, made the last of his 48 appearances for Brazil in 2015. Under current rules, the 28-year-old cannot switch to play for another country because he featured for Brazil in official competition, including the 2014 World Cup in his homeland.

Asked by state broadcaster CGTN if he would consider playing for China if the naturalisation rules changed, Oscar replied: “I can think about it because, as I said, it’s difficult to go to the Brazilian national team now because I’m here.

“But in China everyone sees how good I play so if in the end the China national team needs a good midfielder, I think I can help if they change.

“I like China but the players now, if they change the nationality to go to China, they (the team) can do better.”

As a quick fix to boost their Qatar 2022 World Cup hopes, China last year began naturalising a few players who had no family links to the world’s most populous country.

The first was Brazilian-born striker Elkeson, 31, who is now known as Ai Kesen and has played four times for China, scoring three goals. At least two other Brazilians are believed to have been naturalised since.

Oscar has been one of the top players in the Chinese Super League since arriving from Chelsea and topped the assists charts over the past two seasons.

SIPG begin their CSL campaign later Monday against Tianjin Teda at a neutral venue behind closed doors, part of measures to prevent the spread of coronavirus infections.

New local search service NearByAll has been launched in India

New local search service NearByAll has been launched in India