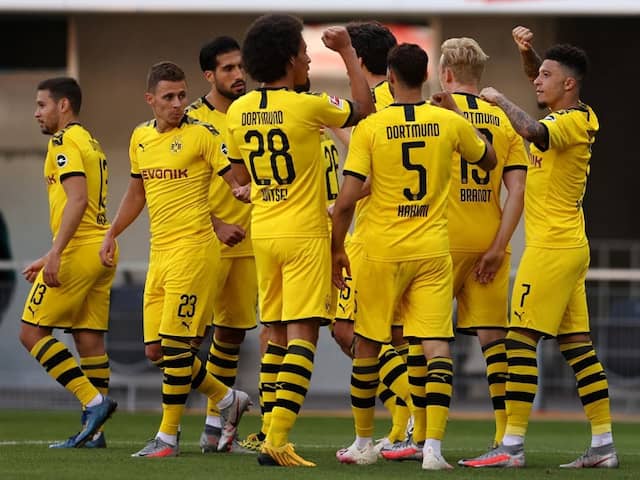 
Borussia Dortmund’s England winger Jadon Sancho scored a hat-trick and revealed a “Justice for George Floyd” T-shirt Sunday amid several protests in the German Bundesliga at the death of an unarmed black man in the United States.

Sancho’s three goals helped second-placed Dortmund to a 6-1 romp at bottom side Paderborn as Thorgan Hazard, Achraf Hakimi and Marcel Schmelzer also got on the scoresheet.

The 20-year-old Sancho was booked after removing his playing shirt in the second-half to reveal the T-shirt with his message.

It was the latest German league protest in support of Floyd after Moenchengladbah’s French striker Marcus Thurum took a knee on Sunday and Schalke’s US midfielder Weston McKennie wore an armband showing “Justice for George” on Saturday.

John Legend On Where His Friendship Stands With Kanye West