In a boost to the Micro, Small and Medium Enterprises (MSMEs) sector, worst-affected by the coronavirus crisis, the Union Cabinet on Monday revised the definition of MSMEs and announced a distress fund for this sector.

In a meeting chaired by Prime Minsiter Narendra Modi, the Cabinet also approved upwards revision in MSP for 14 Kharif crops, with farmers set to get 50-83 percent more than the input cost, informed Information and Broadcasting  Minister Prakash Javadekar. 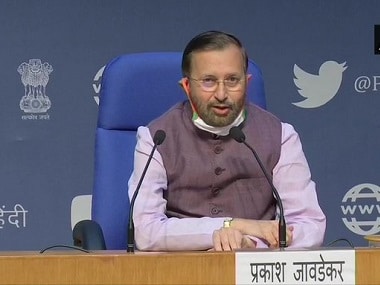 Two lakh MSMEs will benefit from the change, said Javadekar.

The Cabinet also gave its nod to two other important recommendations relating to the MSME sector, announced Gadkari. A distressed Assets fund of Rs 20,000 crore has been approved for the restructuring of NPAs in the MSME sector.

“NPA norms cannot be restructured. A maximum of Rs 75 lakhs or 15 percent of total investment to be given to proprietor,” said Gadkari.

The Cabinet also gave its approval for the creation of a Fund of funds for MSMEs of Rs.50,000crores. This will function as a revolving fund and will be used for equity investment upto 15percent in MSMEs with good credit ratings, GST returns history, said Gadkari.

In a move aimed at providing relief to farmers, the Cabinet approved an increase in minimum support prices (MSP) for 14 kharif crops by 50-83 percent.The government also hiked MSP for paddy by Rs 53 per quintal to Rs 1,868 per quintal for the 2020-21 crop year while the MSP for cotton has been increased by Rs 260 to Rs 5,515 per quintal.

Union Minister Narendra Tomar said that the government has extended the deadline for farm loan repayment to 31 August and those who clear their dues on time can avail loans at a 4 percent interest rate.

The government also announced a credit scheme for street vendors titled as PM SVANIDHI. Street vendors will be provided with a loan of Rs. 10,000 under the scheme, said Javadekar.

Significantly, the Cabinet meeting was the first after the central government completed a year of its second term in office. The meeting came on a day when India entered the first phase of three-phase ‘Unlock plan’ announced by the Union Ministry of Home Affairs after a two month-long lockdown imposed to control the spread of the coronavirus infection.