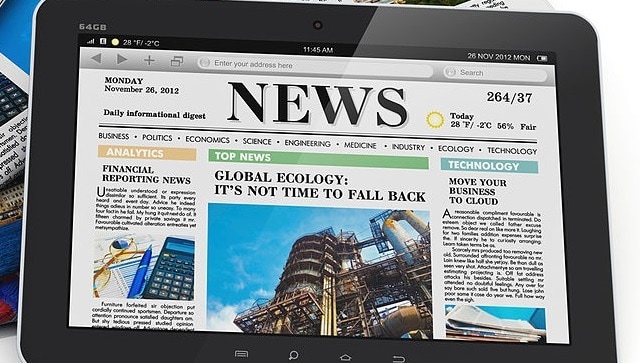 New Delhi: The Ministry of Information and Broadcasting on Monday issued a public notice asking entities involved in streaming of news and current affairs through digital media to comply with the Centre’s earlier order permitting 26 percent foreign direct investment under the government approval route to such entities.

The ministry, in its notice to the news portals, websites and news agencies, has laid out the detailed actions to be undertaken by eligible entities to comply with the government’s 18 September, 2019 decision within a month.

Under the notice, “entities having foreign investment below 26 percent may furnish an intimation to the Ministry of Information and Broadcasting within one month giving details of the company and its shareholding pattern along with the names and addresses of its directors/shareholders.”

It has directed such entities to also provide the names and addresses of its promoters/significant beneficial owners and also a confirmation with regard to compliance with pricing, documentation and reporting requirements under the FDI policy, Foreign Exchange Management (Non-debt Instruments) Rules, 2019 and Foreign Exchange Management (Mode of Payment and Reporting of Non-debt Instruments) Regulations, 2019.

The notice comes exactly a month after the Supreme Court issued a notice to the Centre seeking its response on a PIL for regulating over-the-top (OTT) platforms such as Netflix and Amazon Prime by an autonomous body.

Recently, the Centre brought OTT platforms like Netflix, Amazon Prime Video and Disney+Hotstar, besides other online news and current affairs content, under the ambit of the Ministry of Information and Broadcasting, giving it powers to regulate policies and rules for the digital space.

In its notice issued on Monday, the ministry also said that any entity which intends to bring fresh foreign investment in the country has to seek prior approval of the central government, through the Foreign Investment Facilitation Portal of DPIIT, as per the requirements of the FDI policy of the government.

“Every entity has to comply with the requirements of citizenship of the Board of Directors and of the Chief Executive Officers (by whatever name called). The entities are required to obtain security clearance for all foreign personnel likely to be deployed for over 60 days in a year by way of appointment, contract or consultancy or any other capacity for functioning of the entity, prior to their deployment.”

“For this purpose, the entities will apply to the ministry at least 60 days in advance and the proposed foreign personnel shall be deployed by the entity only after prior approval of this ministry,” the public notice said.

All you need to know this new scheme