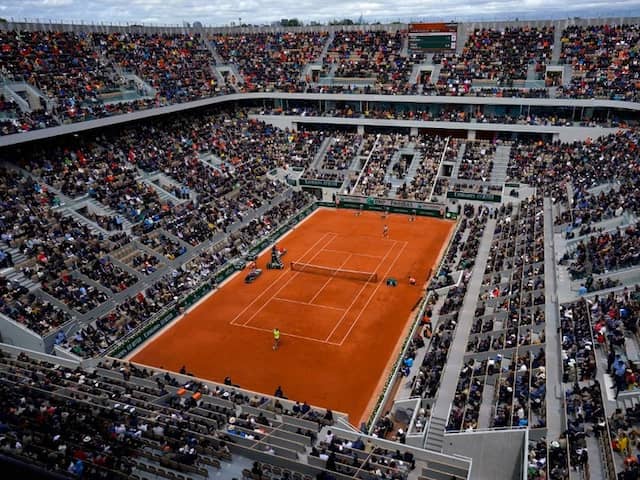 International tennis has been suspended globally since mid-March.© AFP


Roland Garros chiefs insisted Wednesday that the French Open, delayed until September due to the coronavirus, will have fans attending even with social distancing rules. The claycourt Grand Slam, which should now have been into its first week under its traditional schedule, was pushed back by four months because of the pandemic. However, tickets bought for the event in its May-June slot were reimbursed rather than transferred, prompting fears that the tournament, now due to start on September 20, would be pushed behind closed doors.

“In the autumn, we will play Roland Garros with an optimum spectator capacity which allows fans to respect social distancing,” Jean-Francois Vilotte, the director-general of the French Tennis Federation (FFT), told AFP.

A working group has already been created consisting of the ministries of sports and foreign affairs as well as Roland Garros officials and health bodies.

“The aim is that there will be spectators but we will have the capacity to organise Roland Garros whatever the option decided, including behind closed doors.”

For the players, “the prize money is very important” as is the eco-system of tennis in France for which Roland Garros accounts for 80% of revenue.

International tennis has been suspended globally since mid-March while Wimbledon was cancelled for the first time since World War II.

The US Open in New York, due to start on August 24, is still under a cloud with organisers due to decide its fate in mid-June.