COVID-19 Lockdown: Rakesh Jhunjhunwala says he was a ‘sure bull’ until today, but now is a ‘hopeful one’ 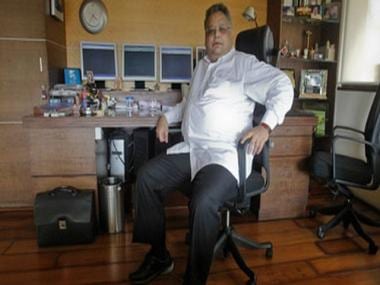 The coronavirus pandemic that forced the government to call for a nationwide lockdown on 26 March and which has continued with a little of relaxations in some areas, has brought in a change in the Big Bull of Dalal Street, Rakesh Jhunjhunwala. In an exclusive interview with CNBC-TV18, he said he had turned from an ‘eternal bull’ to a ‘hopeful one’.

#RakeshJhunjhunwala says until today he was a ‘sure’ bull, and now he’s a ‘hopeful’ bull. He says we need to look ahead & open the economy with precautions. Amongst sectors, he remains positive on pharma. He says, he’s looking at long-term bull market for the sector pic.twitter.com/IIn8UYKNMn

Despite being a long time India bull, Jhunjhunwala says that he is feeling frustrated now. “But, at the same time the recent bounce could well turn out to be the beginning of a new bull market,” he said.

Mumbai-based Jhunjhunwala who started trading in the stock market with Rs 5,000 and went on to become a billionaire, is a self-professed long-term India bull, building a fortune investing in stocks that have benefited from the country’s consumption boom.

He is of the belief that country will eventually find its way to doing the right thing. Jhunjhunwala said the world was witnessing an unprecedented liquidity surge, which will invariably find its way towards India.

“If we do the right thing, we will grow at 8-10-12 percent. Even if we don’t, earnings will grow at 5-6 percent, which would be enough to create a bull market,” he said. “Still, I am hopeful that we are at the start of a long-term bull market.”

Jhunjhunwala,  Partner, Rare Enterprises, however, said the COVID-19 pandemic had been blown out of proportion. He said, infection and deaths per million in India due to COVID-19 have been the lowest.While commending the government’s action to call for a lockdown, he said its impact would not be as bad as people believed it to be.

“COVID-19 is highly infectious as well as tough for the old and people with co-morbidities. But it is after all, just like a flu,” he said.

India is the world’s seventh worst-hit nation with nearly 2 lakh cases and more than 5,000 deaths.

Jhunjhunwala said, people have to live with the virus for now, but the impact of the lockdown is unlikely to be as bad as people are expecting.

Economic growth slipped to 3.1 percent in the January-March quarter of 2019-20 showing impact of COVID-19 pandemic, the slowest growth in at least eight years, official data showed on Friday. But Jhunjhunwala is confident the stock market may not be as impacted by the economic contraction.

He added that as an investor, he wasn’t much concerned about the lockdown’s impact on corporate earnings. “This year, I am only concerned about which companies will survive. As long as they survive, I have no problem with them.”

Coronavirus: Gamers From Across Globe Unite To Raise USD 10 Million To Fight COVID-19

30 Timeless Secrets About Ghost That Will Lift Your Spirits