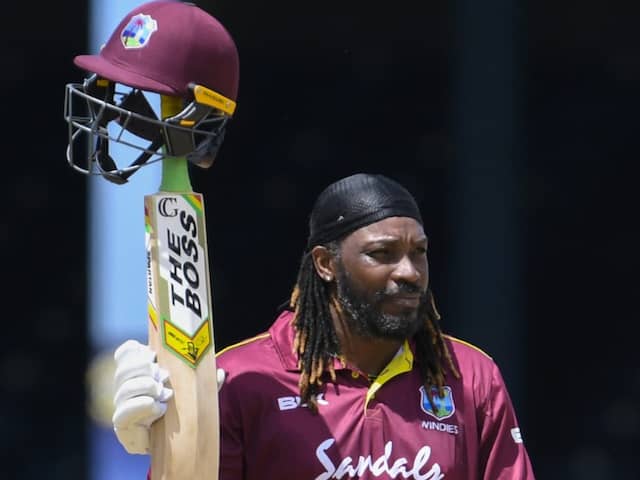 Chris Gayle had spoken about having faced racism himself.© AFP


The Caribbean people have fought many battles “on and off the field” against discrimination faced by people of colour, said Cricket West Indies as it joined its players in condemning racism after an unarmed African-American man’s death in police custody sparked widespread protests. Protests have erupted in America after George Floyd died gasping for breath as a white policeman in Minneapolis pressed his knee into the hand-cuffed man’s neck. “We join our cricketers, other cricket stakeholders, all sportsmen, sportswomen, and sports administrators, in speaking out against all forms of racism and inequality,” CWI said in a statement.

Global sports icons from Tiger Woods to West Indies cricketers like Chris Gayle and Darren Sammy have come out to speak openly against the racism faced by people of colour throughout the world.

The CWI said people from the island nations have fought their battles to retain their dignity and identity over decades and returned victorious.

“The people of the West Indies have fought many battles of our own, on and off the field. We have been blessed to witness the prowess, determination and leaders of our cricketing heroes who united the Caribbean and brought great success and pride to our people,” it stated.

After the flamboyant Gayle narrated how he was a victim of racism, two-time World T20 winning West Indies captain Sammy urged the ICC to condemn such behaviour.

“Right now, if the cricket world not standing against the injustice against people of color after seeing that last video of that foot down the next of my brother you are also part of the problem,” Sammy had said on Tuesday.

The CWI made it clear that it stood by its players.

“We therefore support all sporting icons and role models who are today leading the way in peacefully protesting and standing against the scourge of racism and injustice.”