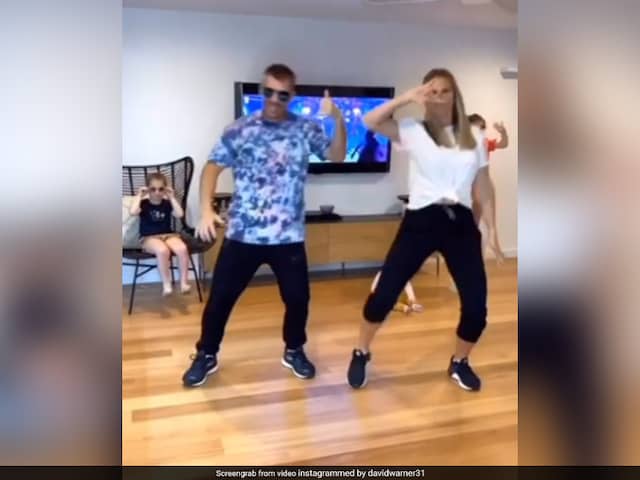 David Warner posted the first part of the dance video on Saturday.© Instagram


David Warner never fails to entertain his fans with his hilarious TikTok videos. On Sunday, the Australia opener came up with “part two” of a dance video, shaking a leg to Telugu star Mahesh Babu’s hit song ‘Mind Block’. David Warner‘s wife Candice was seen dancing along with him, while his children played the supporting cast in the background. Admitting that Candice’s dance moves were better, David Warner wrote on Instagram: “Part two, “WOW” this is so hard but @candywarner1 kills me @urstrulymahesh @rashmika_mandanna Part three?? #mindblock #dance #fun #sundayfunday #whatnext”.

On Saturday, Warner posted the first part of the dance video, revealing it took him and his wife 50 attempts to “almost” ace those dance steps.

“After 50 attempts and will show a video of the attempts later we almost got there. Haha thoughts?? #mindblock @urstrulymahesh,” David Warner captioned the video on Instagram and tagged Mahesh Babu.

After impressing one and all with his batting skills, Warner is trying to become a TikTok sensation. The Australian opener is storming TikTok with assorted videos inspired by the various movie industries of India.

The 33-year-old batsman has a massive fan following in Hyderabad thanks to his association with SunRisers Hyderabad in the Indian Premier League (IPL).