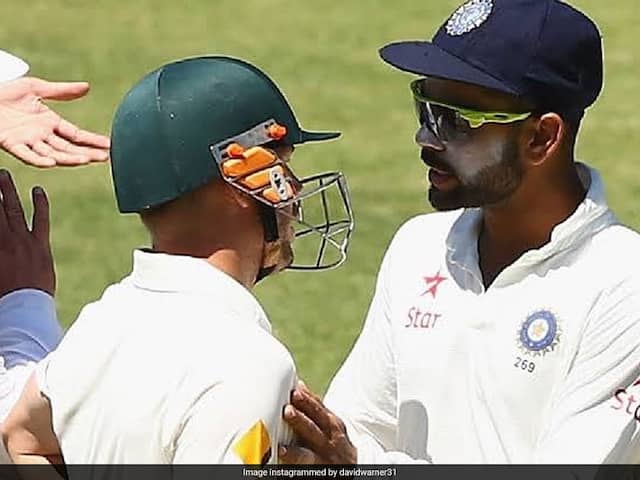 David Warner said that Virat Kohli and he are similar in the way that they thrive on the crowd.© Instagram


While matches between India and Australia often throw up some heated contests, David Warner has said that he will not get into a sledging match with India captain Virat Kohli, as it would only spur him on further to put on a good show. Noting how Kohli is similar to himself in that regard, Warner said that “there’s no point in poking the bear”. Warner said that if you try and provoke Kohli, he “comes out harder with the bat” and that he has shown that on many occasions.

“I know myself, I thrive on the crowd, I thrive on people sort of going at me on the field, I thrive on getting into that battle,” Warner told India Today in an interview. “I think Virat’s quite similar.”

“If you go a little bit at Virat, he comes out harder with the bat and he plays amazing. We have seen it time and time again,” Warner remarked.

“There’s no point of actually trying to poke the bear, because at the end of the day, if you do that, that just fires the person up even more,” Warner concluded.

Warner also said that it will be a good contest between Kohli and Steve Smith.

“In comparison with him and Smith, they are obviously two of the best batters in the world across all three formats and it’s going to be a great battle between them if that is what people are anticipating,” the left-handed opener said.

India are slated to travel to Australia for the four-match Test series, the first of which will begin on December 3 at the Gabba in Brisbane.