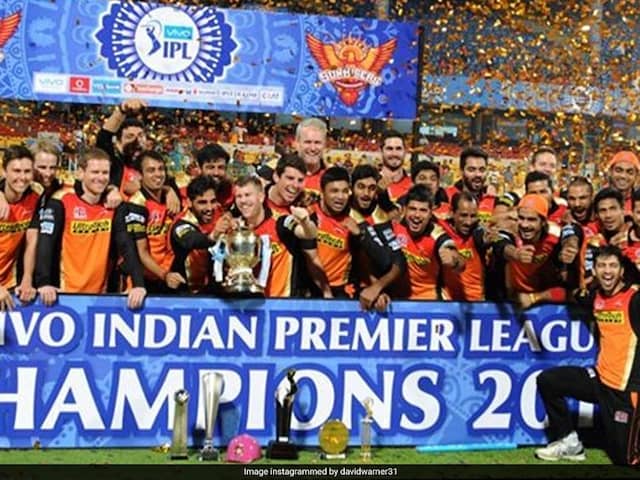 
David Warner is one of the most active cricketers on social media platforms during this ongoing lockdown. Warner has made it a point to share posts for his fans and keep them entertained. In his most recent post on Instagram, David Warner shared a throwback picture with his SunRisers Hyderabad teammates celebrating their win in IPL 2016 after defeating Virat Kohli-led Royal Challengers Bangalore in a thrilling final. Warner captioned the post and said, ” So proud of all the people who were involved. Was a big family effort”.

David Warner was the captain of the SunRisers Hyderabad in the 2016 edition of the IPL. It was under his captaincy that SunRisers Hyderabad managed to win their first IPL trophy. During the tournament, Warner was in terrific form and smashed 848 runs in 17 matches with a staggering average of 60.57 at a strike rate of 151.42.

In the 2016 IPL final, David Warner scored a crucial 69 off 38 balls. Warner’s knock laid the platform for the SunRisers Hyderabad team to reach 208 batting first.

However, Chris Gayle and Virat Kohli started the chase brilliantly and threatened to take the game from Warner’s team.

But the SunRisers Hyderabad bowlers managed to pull the game back with some quick wickets and went on to win the game.

SRH fast bowler Bhuvneshwar Kumar won the purple cap for picking 23 wickets in 17 matches with an economy rate of 7.42.

Babar Azam Close To Being In Same Class As Virat Kohli, Says Misbah-ul-Haq