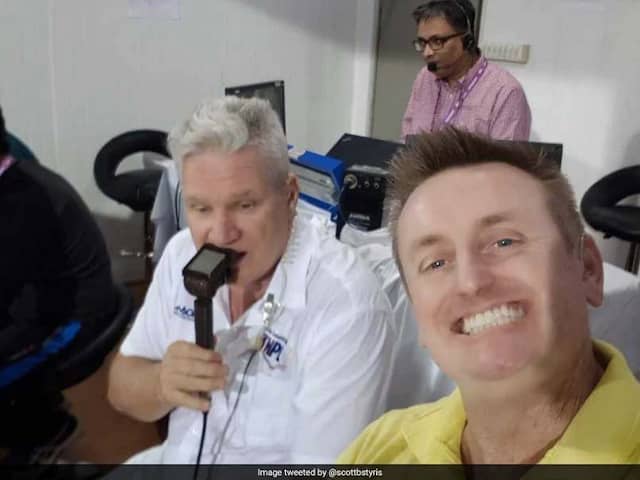 
The International Cricket Council (ICC) on Monday took to Twitter to share interesting trivia with fans. Sharing a picture of former New Zealand all-rounder Scott Styris, ICC pointed that Styris falls in an elite list of players who have scored a century on Test debut, batting at No. 8. The ICC further stated that only nine players have been able to achieve this feat so far, and out of those four are from New Zealand.Cricket’s world governing body, in its post, also asked fans to name other three New Zealand players who achieved the feat.

“Of the nine hundreds scored by players batting at No.8 on Test debut, four have been scored for New Zealand. One was scored by Scott Styris #OnThisDay in 2002, but can you name the other three Kiwis to have achieved the feat?” tweeted ICC, sharing a picture of Scott Styris celebrating his maiden Test century.

With his hilarious reply on ICC’s tweet, Jones tried to pull Styris’ legs as he wrote: “@scottbstyris were they bowling beach balls?”.

Styris made his Test debut against the West Indies at St George’s, Grenada on June 29, 2002. Styris remained unbeaten on 107, helping New Zealand put up 373 runs in their first innings. He was the top-scorer for his side in the first innings.

Despite a terrific start to his Test career, Styris could never settle himself into New Zealand’s longest format squad and had a brief Test career of 29 matches in which he scored 1586 runs and took 20 wickets.

Honestly evokes nostalgia through “San Francisco”, their wistful single about reminiscing over a past relationship

Shop Star Spangled Americana Style for the Fourth of July