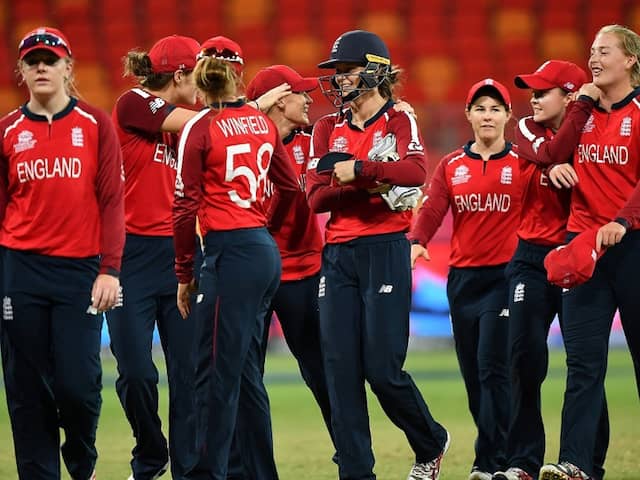 England Women have a bilateral series scheduled against South Africa in September.© AFP


Derbyshire’s Incora County Ground has been chosen as the bio-secure venue for England women’s team for this summer. The plans for the England women’s team are yet to be finalised, but the side is expected to play bilateral series against South Africa in September after India pulled out of a proposed tri-series, ESPNCricinfo reported. All the matches against South Africa will be played in Derbyshire and the Heather Knight-led team will be assembling at the ground for a training camp.

Derby is also being currently used as a base for the touring Pakistan men’s team.

This announcement also means that Derbyshire will not be playing any matches at their usual headquarters when the county season gets underway next month.

The county squad has been training at Repton School since returning from furlough earlier in July.

“England’s international fixtures are massively important to the whole game at all levels and we are pleased to have been chosen to host these high-profile training camps and matches this summer,” ESPNCricinfo quoted Derbyshire’s chief executive, Ryan Duckett as saying.

“The Incora County Ground has developed into a prominent venue for international cricket, including hosting the ICC Women’s World Cup in 2017 and most recently a bio-secure training camp for the touring Pakistan squad,” he added.

The England and Wales Cricket Board (ECB) has also been working to schedule some international cricket for the women’s team.