Don’t ban cryptocurrencies, instead set up a regulatory body 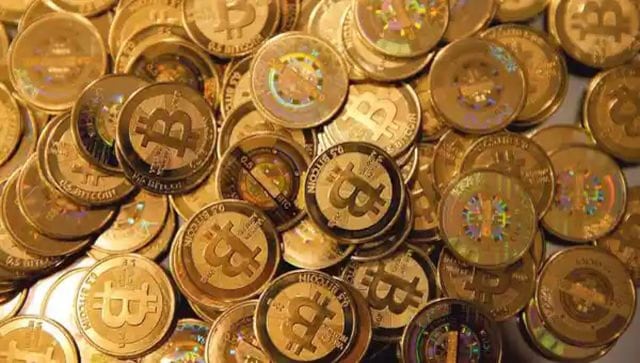 Whether you are for or against bitcoins and cryptocurrencies, you cannot deny their importance as an evolution in money and banking. In a short span of 13 years, cryptocurrencies have gained mass acceptance and popularity, paving the path for a more inclusive economy. According to the CNBC Millionaire Survey 2021, nearly half of the millennial millionaires have at least 25 percent of their wealth in cryptocurrencies.

There are approximately 150-200 million crypto users worldwide and about 15-20 million in India, according to Nischal Shetty, CEO of WazirX. Not all are drug peddlers or terrorists. Many of them are highly sophisticated and reputed investors. This means a large number of people have seen the benefits of investing in crypto.

Before considering a ban, it must be inquired as to why people are valuing cryptocurrencies so highly and what benefits they perceive. It should not happen that years later, we find that India has missed being part of a major financial revolution. The government’s decision has to be evidence-based. Legislators must study the approaches taken by various countries prior to coming out with a regulation.

There is absolutely no denying that crypto has been used for illegal purposes, but so has cash or ‘fiat’. All technologies are a double-edged sword. The same knife that is used to cut vegetables can be a murder weapon. To pass the entire burden of terror financing onto crypto is simply unfair. In 2012, HSBC admitted to moving large sums of dirty money for Mexican drug cartels and paid a hefty fine for doing so. At the time, none of our politicians debated about banning the banking system, so why do they give this step-sisterly treatment to crypto?

It is clearly evident that cryptocurrencies are going to disrupt the banking and monetary system, just like email disrupted the postal and telegraph service. Presently, the gatekeepers are trying to stop change instead of adapting to it. Rather than banning crypto, it is important for governments to nurture it and let it evolve.

India is strategically poised to capitalise on this technology. Our great country has one of the largest talent pools of innovators, especially in the IT sector. India is also home to some of the best programmers in the world and leveraging their skills could make us a powerhouse in blockchain technologies. A liberal framework would put India’s economy into hyperdrive and speed up the goal of a $5 trillion economy.

Conversely, if cryptocurrencies are banned, India will witness a mass exodus of highly talented innovators, programmers and computer scientists. The first casualty would be the ‘crypto miners’ and software developers. Public blockchain cannot survive without an incentive mechanism, which cryptocurrencies provide. Foreign blockchain companies that have subsidiaries in India would have to move away from India. New Indian blockchain enterprises will have to be incorporated outside, hence Indian IP would be lost in addition to tax revenues. We will lose the ability to raise global capital by way of legitimate token issuance.

So, where is the value of crypto for India? Most immediately, it eliminates intermediary costs. Today’s banking system is designed for the rich. If you are sending millions of dollars across borders the banks charge a much lower transaction fee, while the transfer costs for small amounts could be as high as 7-10 percent. This has a direct effect on the foreign remittances market, which brings close to $75 billion from the Indian workers abroad. Crypto can save India a sum of $7.5-10 billion in transaction fees. This amount can possibly be used to fund the entire mid-day meal programme for the nation.

The potential of crypto is enormous and banning it would be throwing the baby out with the bathwater. We must prevent its nefarious uses through regulation. In its judgement of March 2020, the Supreme Court has already said that banning cryptocurrencies is extreme and unconstitutional, and regulating the space would be more appropriate. We can’t ban technology, but we can certainly regulate the behaviour of the actors. Just imagine, what would have happened to India if the Internet and websites were banned?

Crypto is driving huge growth in the Indian technology ecosystem. Two of India’s 31 unicorns are crypto companies. A recent report by NASSCOM found 32 potential benefits of the crypto technology for the citizens, industry and the Indian economy. The report states that the industry currently provides employment for 50,000 individuals in India and that there are $6.6 billion worth of investments in crypto assets by retail investors in India.

The report projects that by 2030, the industry can create eight lakh plus jobs in India and can potentially create an economic value addition of $184 billion in the form of investments and cost savings. This would also create corresponding tax revenue for the government.

Non-Fungible Tokens have helped small and medium creators access a worldwide market for their work. NFTs reside on public blockchains like Ethereum. To create and transfer NFTs, participants need to pay network fees in crypto. Without crypto, therefore, NFTs cannot be successful in India.

Cryptocurrencies have also proven to be socially beneficial. India Crypto Covid Relief Fund (which gathered donations in crypto-assets from all over the world) has donated over $36 million/Rs 270 crore. towards Covid relief in India, with another $429 million pending donation. UNICEF launched a ‘Crypto Fund’ allowing it to receive and disburse cryptocurrencies to fund projects in emerging markets. The World Food Programme is using cryptocurrency networks to expand refugees’ choices in how they access and spend their cash assistance.

It is understood that the government is planning to come out with a Central Bank Issued Digital Currency (CBDC). Indeed, they should experiment with it but banning other decentralised cryptos would be inappropriate. Let there be fair competition. Both approaches are based on ‘trust’, there is no tangible asset to back them. People will decide and adopt the ones in which they have greater trust and faith.

The writer is a lawyer, a documentary filmmaker as well as a cryptocurrency and Blockchain enthusiast. Views expressed are personal.

Petrol and diesel prices; here’s what you need to pay in your city today on 30 November 2021