“Don’t Bother What The Shots Look Like”: What Rahul Dravid Advised Ajinkya Rahane For T20s 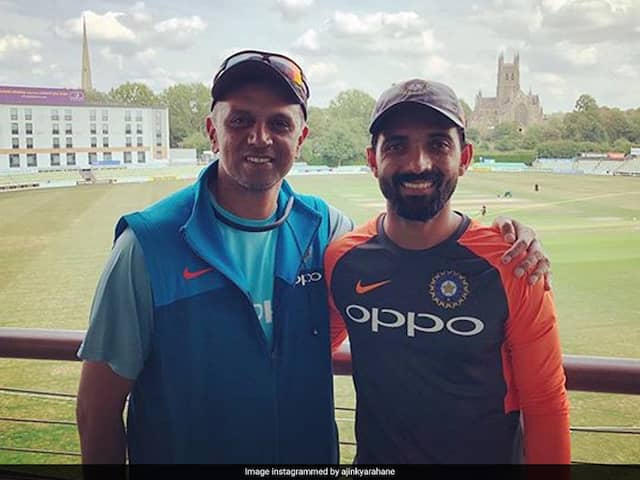 Rahul Dravid and Ajinkya Rahane played together for the Rajasthan Royals in the IPL.© Instagram


India batsman Ajinkya Rahane has recalled the advice given to him by former Indian skipper Rahul Dravid to succeed in the shortest format of the game. Rahane revealed Dravid told him not to worry about the quality of a shot, and just to focus on the impact it leaves. “Sometimes the shots you play in T20 cricket do not look good and you feel that you got out by playing a bad looking shot. But Rahul Bhai told me not to bother about what the shots look like in T20,” Rahane told Deep Das Gupta in a videocast hosted by ESPNCricinfo.

“He said it does not matter. He said in T20 cricket, one needs to just watch the ball and hit it. What matters is what is the impact of the shot, that’s it,” he added.

Rahane had last played a T20I for India in 2016 against West Indies at Lauderhill.

The batsman also explained his batting approach in T20 cricket and he agreed that he relies on the traditional style of batting rather than big-hitting.

“I do not try to copy anyone in T20 cricket. The shots I play are inside out, behind the bowler and there are some other shots as well that I have developed. I think if you are sure about your shots, then you should back them,” Rahane said.

“I always plan to keep my strike rate around 150-160 if I am playing 18 balls inside six overs. After those six overs, it is important to break down your innings in T20 cricket,” he added.

The 32-year-old batsman would have been in action for Delhi Capitals if the Indian Premier League (IPL) had commenced from March 29.

However, the tournament was postponed indefinitely due to the coronavirus pandemic.

Rahane was last seen in action during India’s two-match Test series against New Zealand in February this year.