Lauding tech entrepreneurs, the RBI governor said the country has emerged as a top performer in the startup landscape, attracting billions of foreign capital 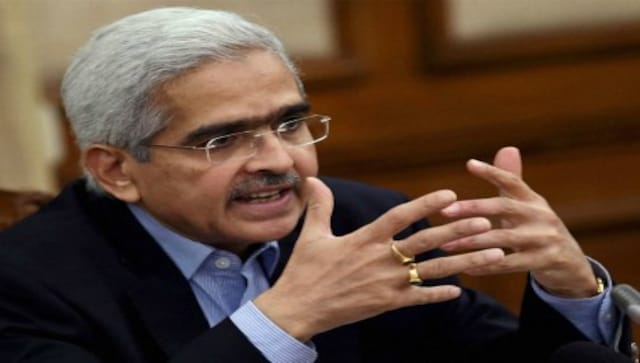 RBI Governor Shaktikanta Das on Tuesday said the economy has the potential to grow at a reasonably high pace in the post-pandemic scenario, provided private capital investment resumes.

Numerous macro indicators suggest that the economic recovery is now taking hold after the beating it has taken during the pandemic, but for growth to be sustainable and reach its potential, private capital investment has to resume, the Reserve Bank governor, addressing the SBI Conclave,  said.

As per Moneycontrol, Das said the recent cut in excise duty and value added tax by states will augment purchasing power of people.

“This would encourage firms to expand capacity and boost employment and investment amidst congenial financial conditions,” Das added.

“Are we at the cusp of a virtuous feedback loop where increased demand impulses will move in lockstep with commensurate supply response and ensure sustained growth of the economy? There are reasons to be optimistic on this front,” Das said, as per the report.

Das said the economy has the potential to grow at a reasonably high pace in the post-pandemic scenario, provided private capital investment resumes.

Das said, “There are signs that consumption demand, triggered by festive season, is making a strong comeback. Fuel duty cuts will augment purchasing power, which can create additional consumption.”

With universal vaccination taking speed, Das says that India may be just be knocking at the door of post-COVID world.

“India’s remarkable progress on vaccines is a shining example of scientific capabilities,” the RBI governor said as per Indian Express. He added that contact-intensive services still need to get lost momentum.

“India is poised to lead the fight against COVID with the scale of its vaccination drive. There is significant variation in spending behaviour across states. Some states are hesitating to spend up to full potential, despite infrastructure gaps,” he added.

Despite many economists revising down their growth forecasts between 8.5 and 10 percent for the current fiscal, the central bank has not changed its forecast of 9.5 percent for the year so far.  Queried on cryptocurrencies, Das said there is a need for deeper discussion when the RBI, after due internal deliberations, says there are concerns on macroeconomic and financial stability from cryptocurrency. as per the report.

On Monday a parliamentary panel chaired by BJP leader Jayant Sinha, discussed the pros and cons of crypto finance with various stakeholders, and several members were in favour of regulating crypto currency exchanges rather than imposing an outright ban on new-age currencies, according to sources.

Prime Minister Narendra Modi on Saturday chaired a meeting on the way forward on the issue, with government sources asserting that such unregulated markets cannot be allowed to become avenues for “money laundering and terror financing”.

The meeting came only a few days after RBI governor Shaktikanta Das said: “Cryptocurrencies are a serious concern to RBI from a macroeconomic and financial stability standpoint. The government is actively looking at the issue and will decide on it. But as the central banker, we have serious concerns about it and we have flagged it many times.”

Das on Tuesday also asked banks to improve their capital management process. Lauding tech entrepreneurs, the governor said the country has emerged as a top performer in the startup landscape, attracting billions of foreign capital. Das says that just like too much water is not good for the body, RBI is slowly rebalancing liquidity.

“Effort is to ensure there will always be adequate liquidity for productive sectors, but not excess,” he said. Banks have weathered COVID shock better than expected, said Das, adding, “Faced with question of capital adequacy of banks, urge them to look at using capital efficiently & taking prudent decisions.”

It can be noted that since 2013, private capital has been missing from the economy and many are of the view that this should begin from mid-next fiscal. Even though he took solace in the fast-improving balance sheets of banks, the governor said gross bad loans of banks have come down in the September quarter from the previous quarter.

How to Travel with Your Baby in Airplane? Here are 7 Things