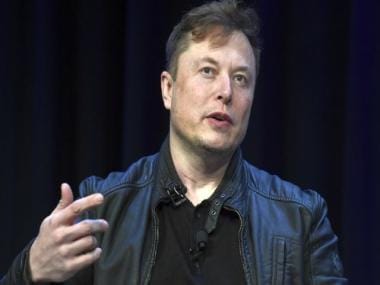 “The Twitter Board of Directors will carefully review the proposal to determine the course of action that it believes is in the best interest of the Company and all Twitter stockholders,” Twitter said as it confirmed it received Musk’s bid valuing the company at $43.4 billion, AFP reported.

Elon Musk is offering to buy Twitter, just days after the Tesla CEO said he would no longer be joining the social media company’s board of directors.

Twitter Inc. said in a regulatory filing on Thursday that Musk, who currently owns slightly more than 9% of its stock and is the company’s biggest shareholder, provided a letter to the company on Wednesday that contained a proposal to buy the remaining shares of Twitter that he doesn’t already own. Musk offered $54.20 per share of Twitter’s stock.

He called that price his best and final offer, although the billionaire provided no details on financing.

“I invested in Twitter as I believe in its potential to be the platform for free speech around the globe, and I believe free speech is a societal imperative for a functioning democracy,” Musk says in the filing. “However, since making my investment I now realize the company will neither thrive nor serve this societal imperative in its current form. Twitter needs to be transformed as a private company.”

The buyout offer from Musk is just the latest development in his relationship with Twitter. The billionaire revealed in regulatory filings over recent weeks that he’d been buying shares in almost daily batches starting Jan. 31. Only Vanguard Group’s suite of mutual funds and ETFs controls more Twitter shares.

Musk has been a vocal critic of of Twitter in recent weeks, mostly over his belief that it falls short on free speech principles. The social media platform has angered followers of Donald Trump and other far-right political figures who’ve had their accounts suspended for violating its content standards on violence, hate or harmful misinformation. Musk also has a history of his own tweets causing legal problems.

Musk said last week that he informed Twitter he wouldn’t be joining its board of directors five days after he was invited. He didn’t explain why, but the decision coincided with a barrage of now-deleted tweets from Musk proposing major changes to the company, such as dropping ads — its chief source of revenue — and transforming its San Francisco headquarters into a homeless shelter. Musk left a few clues on Twitter about his thinking, such as by “liking” a tweet that summarized the events as Musk going from “largest shareholder for Free Speech” to being “told to play nice and not speak freely.”

After Musk announced his stake, Twitter quickly gave Musk a seat on its board on the condition that he not own more than 14.9% of the company’s outstanding stock, according to a filing. But Musk backed out of the deal.

Musk’s 81 million Twitter followers make him one of the most popular figures on the platform, rivaling pop stars like Ariana Grande and Lady Gaga. But his prolific tweeting has sometimes gotten him into trouble with the SEC and others.

Musk and Tesla in 2018 agreed to pay $40 million in civil fines and for Musk to have his tweets approved by a corporate lawyer after he tweeted about having the money to take Tesla private at $420 per share. That didn’t happen but the tweet caused Tesla’s stock price to jump. Musk’s latest trouble with the SEC could be his delay in notifying regulators of his growing stake in Twitter.

Musk has described himself as a “free speech absolutist” and has said he doesn’t think Twitter is living up to free speech principles — an opinion shared by followers of Donald Trump and a number of other right-wing political figures who’ve had their accounts suspended for violating Twitter content rules.

Shares of Twitter jumped 11% before the market open. The stock is still down from its 52-week high of about $73.

Petrol and diesel prices; here’s what you need to pay in your city today on 15 April 2022

Petrol and diesel prices; here's what you need to pay in your city today on 15 April 2022

La Liga: Real Madrid Close In On Title After Win Over Alaves