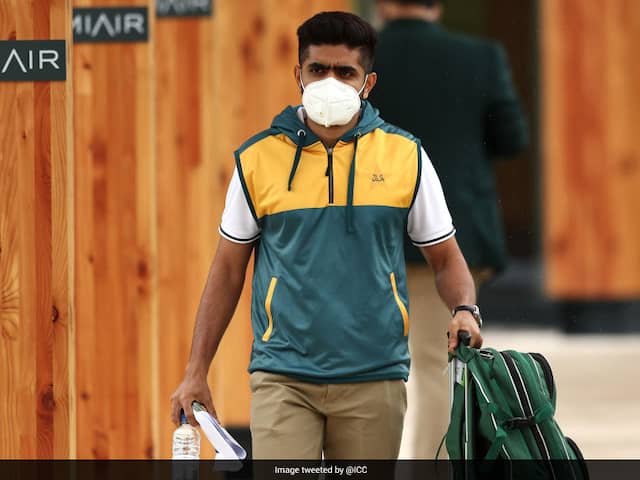 All the matches between England and Pakistan will be played in a bio-secure environment.© Twitter


The Pakistan cricket team arrived in England on Monday for their three-match Test series and an equal number of T20Is. After arriving in England, the team will now undergo a 14-day quarantine period after which they can start training for their matches. Earlier, the Pakistan Cricket Board (PCB) had announced a 29-member squad for the series. However, ten Pakistani cricketers tested positive for coronavirus following which the PCB decided to send a 20-man squad to England. The International Cricket Council (ICC) shared a tweet, saying, “Pakistan men’s team has arrived in England for their upcoming series that’s due to begin on 30 July”.

Pakistan men’s team has arrived in England for their upcoming series that’s due to begin on 30 July.#ENGvPAK pic.twitter.com/yexvA20e10

All the matches between England and Pakistan will be played in a bio-secure environment and no spectators will be allowed during the series.

In Test matches, Azhar Ali will be the captaining the Pakistani side for the first time in a Test series. Azhar Ali has played 78 Tests for his country till now and scored 5,919 runs with an average of 42.58. The right-handed batsman has scored 16 centuries and 31 half-centuries till now.

In the three-match T20I series, Babar Azam will captain the Pakistan team. Babar Azam is one of the finest batsmen in the Pakistani line-up and has scored 1,471 runs with an average of 50.72 in 38 T20I matches.

“Let Your Heart Break” is the new single from Brandon Agustus