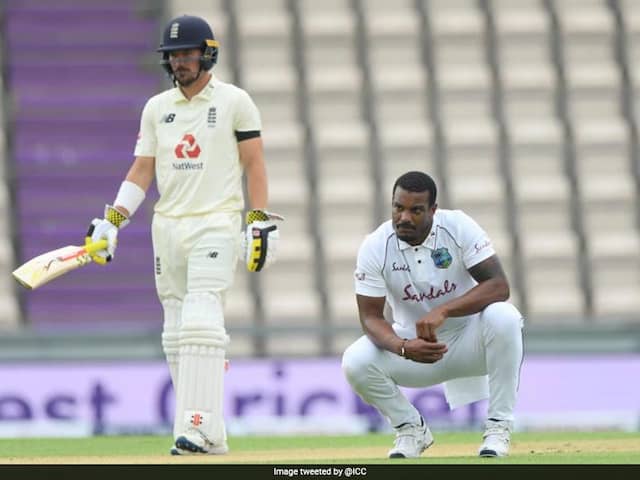 ENG vs WI 1st Test Day 2: Rory Burns was unbeaten on 20 on a rain-affected Day one in Southampton.© ICC


England were 35 for one after bad light and rain forced the officials to call off the opening day of the first Test after just 17.4 overs were bowled. Shanon Gabriel struck early as he sent back Dom Sibley for nought in the second over. On a stop-start day, Rory Burns and Joe Denly stood their ground and saw the day for the hosts. Before the start of the game, both teams and officials supported the global campaign against racial injustice and took a knee. The weather predictions for the early part of Day 2 indicates that we should get some live action without any interruption. (LIVE SCORECARD)

Teach Real History Instead Of A Sanitized Version: Kumar Sangakkara On Racism