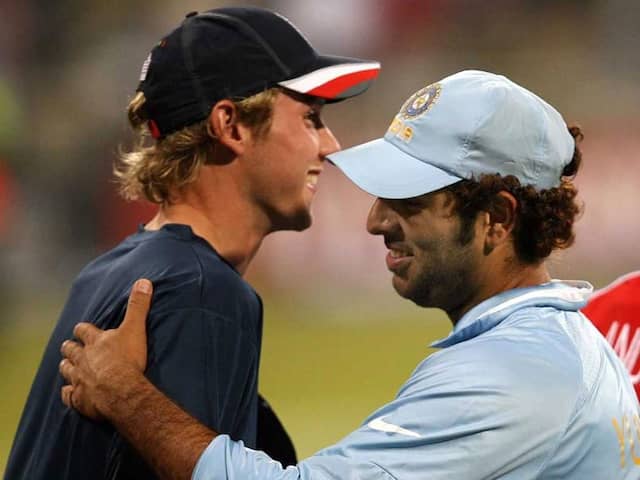 Yuvraj Singh called Stuart Broad “a legend” and applauded his ability to come back from setbacks.© AFP


Yuvraj Singh was once Stuart Broad’s nemesis, having smashed him for six sixes in an over in the 2007 T20 World Cup quarter-final. It is rare that one is mentioned without the other popping into the conversation. However, as the English seamer reached the incredible landmark of taking 500 Test wickets, the former India all-rounder took to social media to applaud his efforts and requested his fans to not mention the incident from the India-England tie from 13 years ago.

“I’m sure everytime I write something about Stuart Broad, people relate to him getting hit for six sixes! But today I request all my fans not to mention it but to applaud what this man has achieved!” Yuvraj Singh wrote in a post he shared on Twitter and Instagram.

“500 test wickets is no joke – it takes years of hard work, dedication and determination,” Yuvraj added.

“How you have always fought and come victorious over your setbacks, Broady my friend you are a legend! Hats off,” Yuvraj signed off.

Broad on Tuesday became only the seventh bowler to reach the landmark figure, when he dismissed West Indies opener Kraigg Brathwaite on the last day of the third and final Test of the series.

Players from across the world took to social media to congratulate the veteran pacer as he entered the elite 500-club.

Broad finished the match with ten wickets as England beat the West Indies by 269 runs to clinch the series 2-1.

Dropped from the first Test, that England lost in Manchester, Broad came back strong and was crowned Man of the Series, as he finished as top wicket-taker.

Day-Night Test In Australia “Will Be Challenging For Sure”: Rohit Sharma