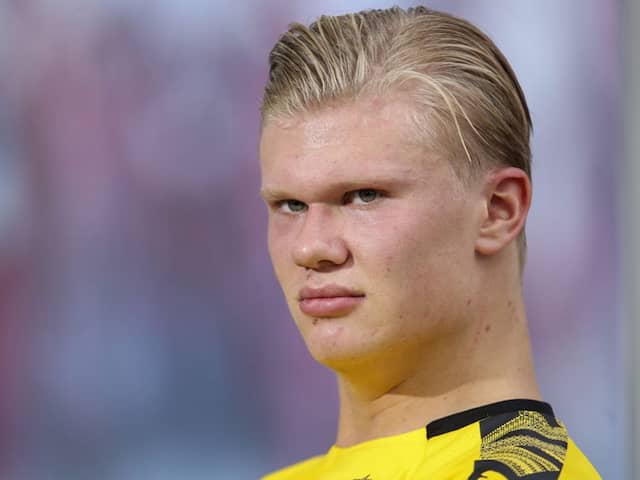 
Erling Braut Haaland said he is eager to end Bayern Munich’s eight-year reign as German champions next season and will not settle for being “second all the time”. Bayern will be presented with the Bundesliga trophy after the final round of matches on Saturday, with Borussia Dortmund runners-up for the second year running.

Haaland, 19, has scored 16 goals in 17 games for Dortmund since joining from RB Salzburg at the start of the year. He has netted 44 times in 39 matches this season across spells with both clubs.

Dortmund defender Mats Hummels has insisted next season’s goal is to finish “one place higher” than second behind Bayern in the league, with Haaland expressing a similar thirst for silverware.

“I want to achieve something with BVB (Dortmund), not just be second all the time, but win titles if I can,” Haaland told the Funke Media Group, ahead of Saturday’s final league game at home to Hoffenheim.

“We should set ourselves goals, we want to attack.”

Bayern were last denied the Bundesliga title in 2011 and 2012 when Jurgen Klopp steered Dortmund to consecutive league crowns.

Haaland’s goals have attracted the attention of Europe’s top clubs, but he hopes to see out his Dortmund contract – which runs until 2024 – providing his hunger for titles is sated.

“I don’t think too much about the future, I live in the present. That’s why I decided to join BVB (Dortmund) this winter with full conviction,” he said.

“It’s one of the biggest clubs in the world, and I have signed a long-term contract here.”

BAI Plans Training Camp in Hyderabad From July 1, No Domestic Event Till September