Every Celebrity Participating in Protests Over George Floyd’s Death

Many celebrities aren’t sitting around in silence any longer.

In the last few days, stars participated in nationwide protests to stand in solidarity with the black community.

The protests across the United States were not only in response to George Floyd‘s death but also Breonna Taylor‘s death, Tony McDade‘s death, Ahmaud Arbery‘s death and so many others in recent months.

Among the celebrities protesting earlier in the week and over the weekend include Ariana Grande, Jamie Foxx, Halsey, Michael B. Jordan, Timothée Chalamet, Kendrick Sampson, Kehlani and countless others.

On Friday, Foxx attended the Minneapolis press conference and spoke to the crowd about Floyd’s death—which occurred after a Minneapolis police officer pinned him down and kneeled on his neck, while three other officers stood by and did nothing.

In video footage captured by bystanders, Floyd told the officers that he couldn’t breathe, and moments later he passed away.

“I think that what you saw on television, to watch this man plead for his life,” Foxx said on Friday. “As I sit with my two daughters, my nephews .. what it does is, it over-complicates everything as a black man trying to tell his son or his daughter how to function in life. Even the things that we’ve taught them don’t seem to work.”

Orange Is the New Black actor Matt McGorry shared footage of Los Angeles protests on Instagram. “White people. It’s time to show up, to get uncomfortable, to put our bodies and our resources on the line,” he wrote.

Later he revealed on Twitter that he and Insecure star Kendrick Sampson had been shot at by cops. “LAPD shot me with a projectile when nobody was doing anything other than just standing there,” Matt explained on Twitter. “They did way worse to the POC and especially Black folx there.”

However, not all celebrities experienced the same thing. Grande noted, “hours and miles of peaceful protesting yesterday that got little to no coverage.”

The stars mentioned above weren’t only ones attending the nationwide protests in the last few days. View our list below to see who participated. 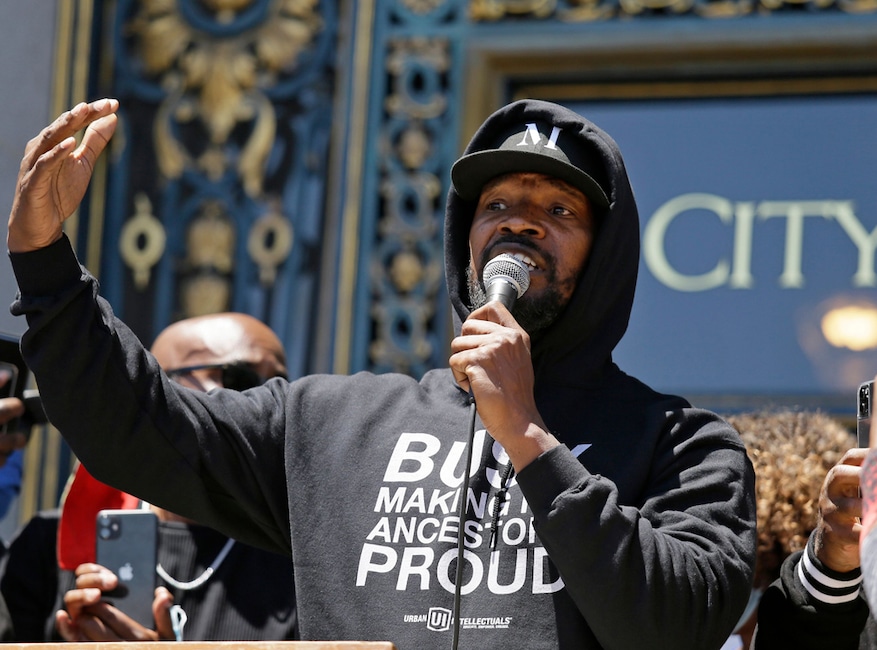 “I think that what you saw on television, to watch this man plead for his life,” Foxx said at Minneapolis press conference on Friday. “As I sit with my two daughters, my nephews .. what it does is, it over-complicates everything as a black man trying to tell his son or his daughter how to function in life. Even the things that we’ve taught them don’t seem to work.” 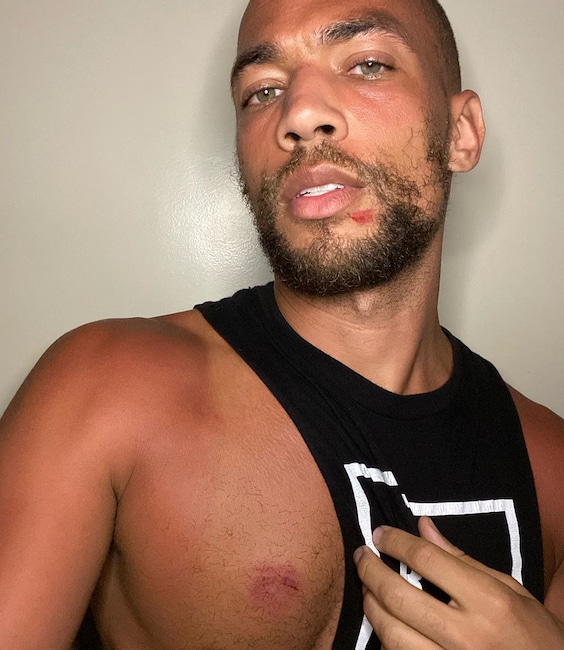 The Insecure star attended protests in Los Angeles and shared that he had been shot with rubber bullets. “Glad y’all witnessed this. Esp the video of them actually targeting us,” the actor said, after the incident was captured on his IG Live and CNN’s cameras. “He didn’t try to ricochet the bullets of the ground – one tactic – he pointed the gun DIRECTLY AT ME,” Kendrick added. “I actually got hit 7 times with rubber bullets and many with batons. My boy has stitches.” 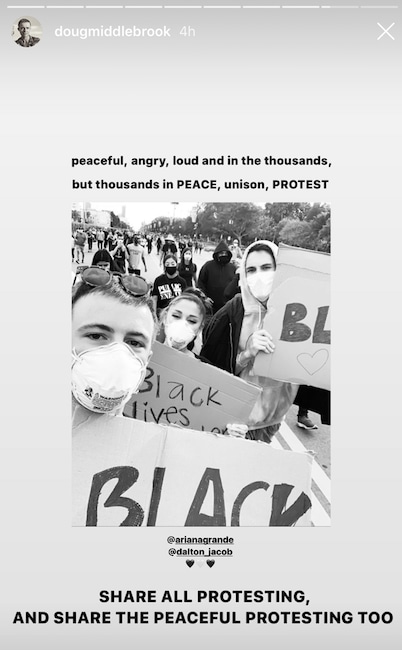 Accompanied by her boyfriend Dalton Gomez and friend Doug Middlebrook, the pop star shared images of the protest she attended over the weekend. “hours and miles of peaceful protesting yesterday that got little to no coverage,” she wrote. “all throughout beverly hills and west hollywood we chanted, people beeped and cheered along. we were passionate, we were loud, we were loving. cover this too please.” 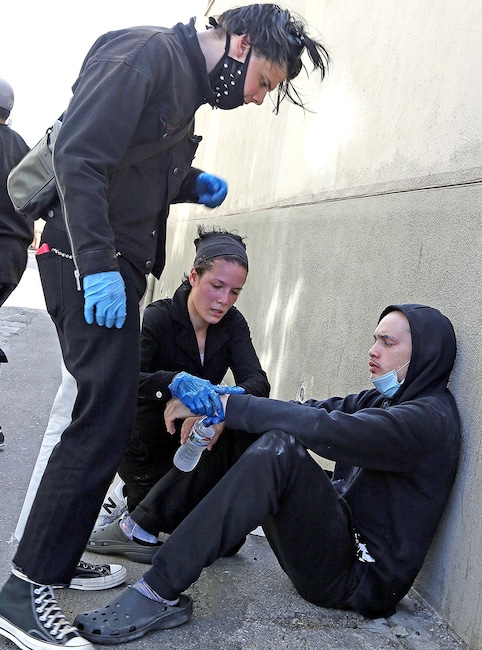 “do not underplay these rubber bullets bc you have been told they are ‘not lethal.’ I had to bandage a man who looked like his entire face had exploded today,” Halsey , who was joined by Yungblud, wrote on Twitter. “So before you say, from the comfort of your home, that we’re exaggerating, please consider the injuries some have suffered.” 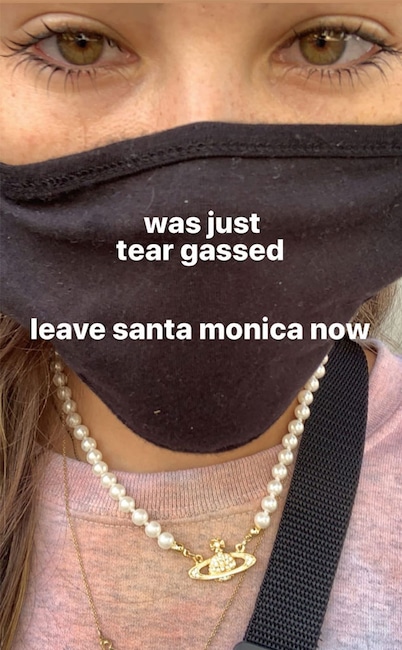 “LEAVE SANTA MONICA NOW IF YOU CAN I WAS JUST TEAR GASSED THEY ARE ARRESTING EVERYONE AND TEAR GASSING ALL CROWDS,” the singer shared on Twitter. 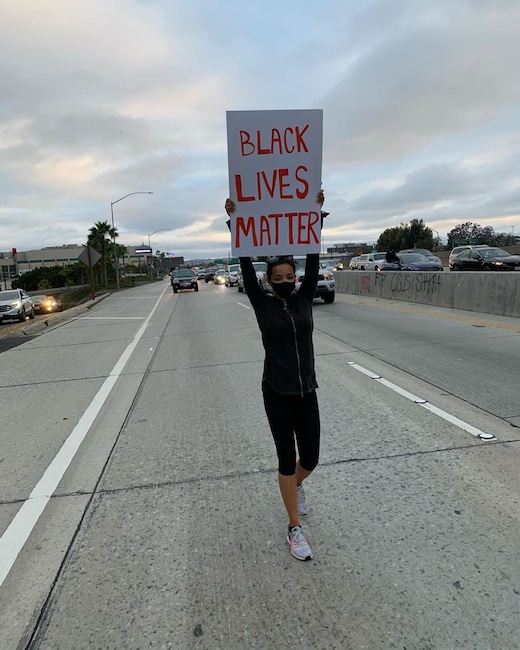 The singer stepped out in Downtown Los Angeles with a Black Lives Matter sign. “Show up,” she wrote on Instagram. 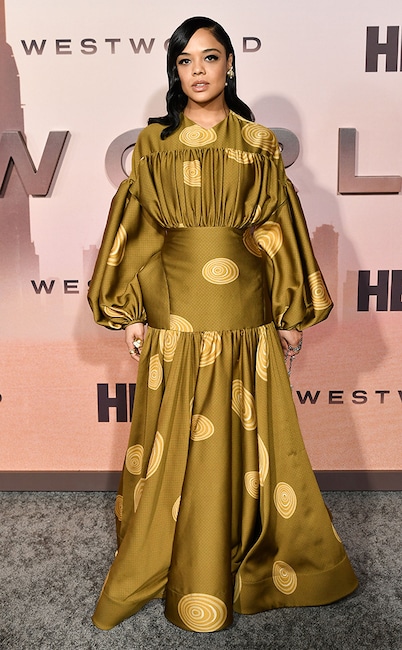 The Westworld star attended the Los Angeles protests this weekend. “I can say that the #LosAngelesProtest was entirely peaceful until the @LAPDHQ arrived and escalated it,” she expressed. “@MayorOfLA are you seeing this? Also, where was the robust media coverage then ? #BlackLivesMatter.” 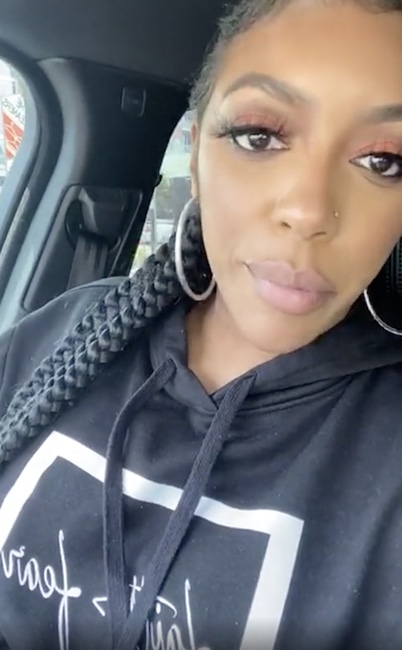 The Real Housewives of Atlanta star joined protests in her city and shared images of the events. “We stand together,” she captioned on image. 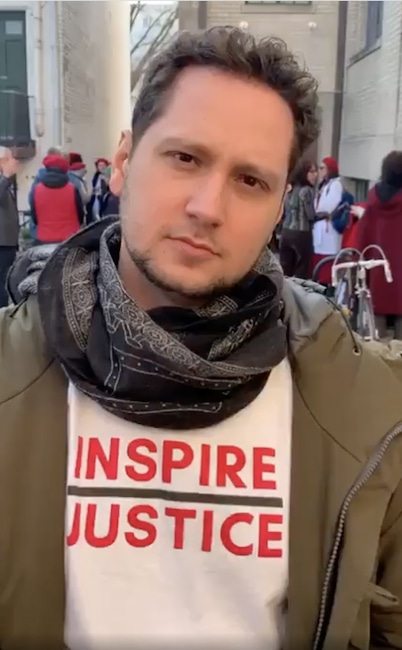 “LAPD shot me with a projectile when nobody was doing anything other than just standing there. They did way worse to the POC and especially Black folx there,” the Orange Is the New Black actor shared.

“Today we protested. Today we went beyond our platform,” the Bachelorette alum shared. “Today we put action behind our words. Today we used our voices to make a difference. Today is just one day in the fight. We have to keep pushing forward and demanding change.” 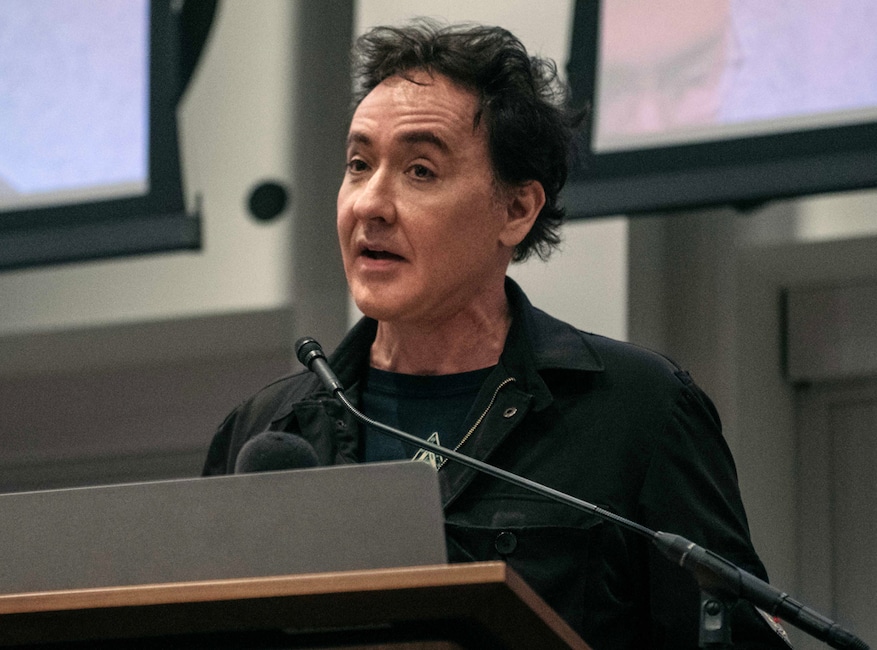 The actor attended the Chicago protest on Saturday and shared footage of his experience. “Cops didn’t like me filming the burning car so they came at me with batons,” he wrote on Twitter, alongside a video. “Hitting my bike. Ahhm here’s the audio.” 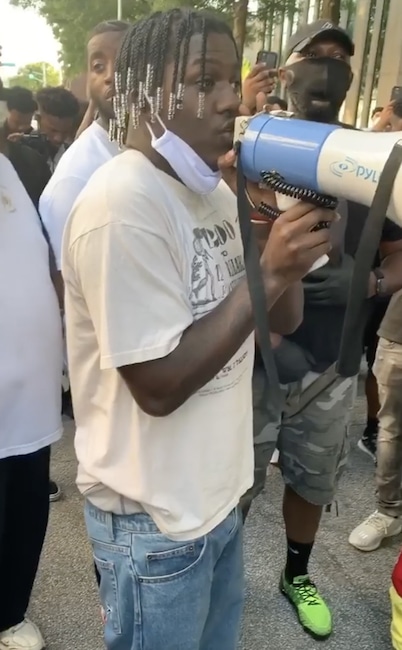 “I am no different from the next man. Every voice matters and must be heard,” he wrote on Instagram, alongside footage of him speaking to a crowd. 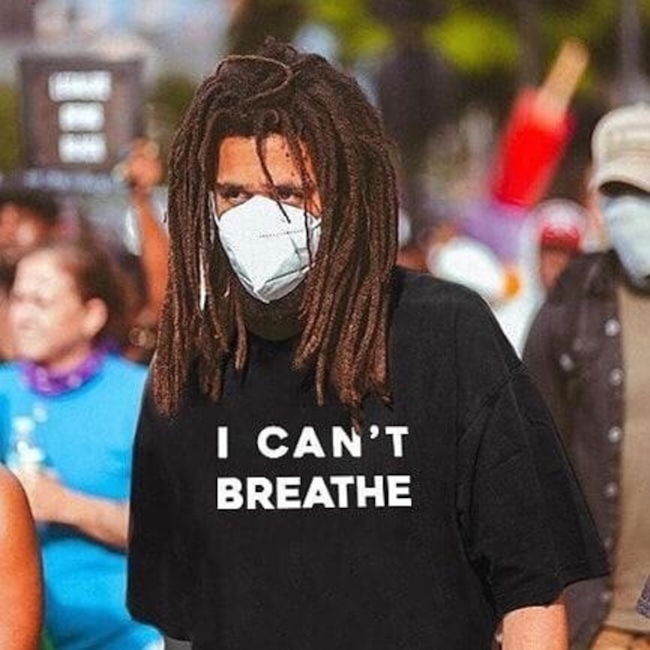 The singer and rapper attended protests in his hometown in North Carolina. 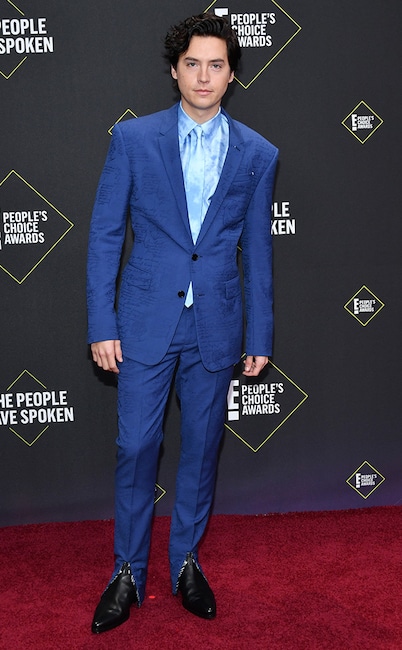 “Before the voracious horde of media sensationalism decides to somehow turn it about me, there’s a clear need to speak about the circumstances: Black Lives Matter. Peace, riots, looting, are an absolutely legitimate form of protest,” the actor shared. Adding, “I was detained when standing in solidarity, as were many of the final vanguard within Santa Monica.” 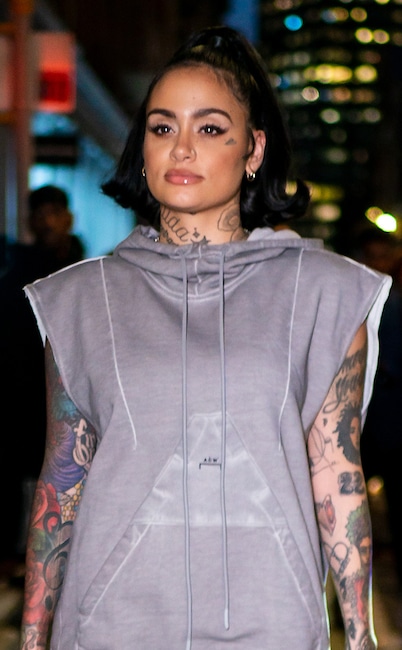 “LIVE. NO JUSTICE, NO PEACE. LOS ANGELES MAY 30TH 2020. RESPECT EXISTENCE OR EXPECT RESISTANCE,” the songstress expressed on Instagram. “#BLACKLIVESMATTER OUTSIDE INSIDE TODAY YESTERDAY TOMORROW AND FOREVER. POWER TO THE PEOPLE.” 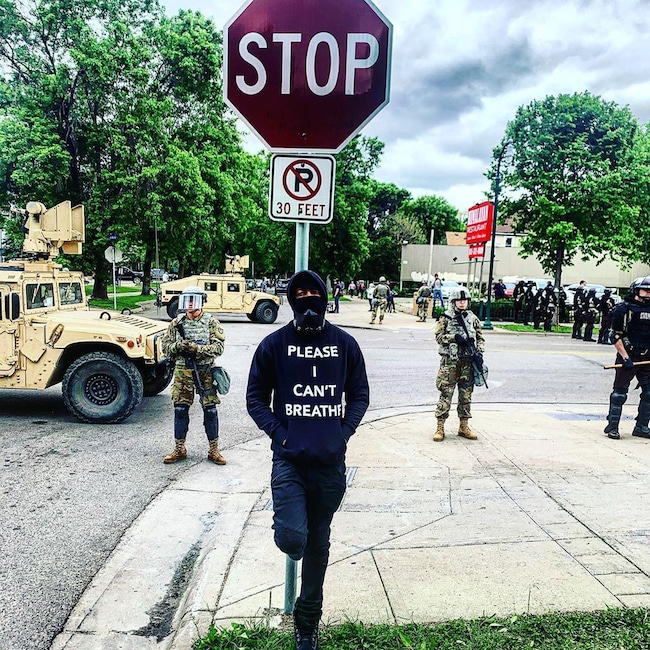 The star was in Minneapolis and shared several images of the protests he attended. “Justice for Floyd,” one caption read. Another stated, “Stop Killing Us!” 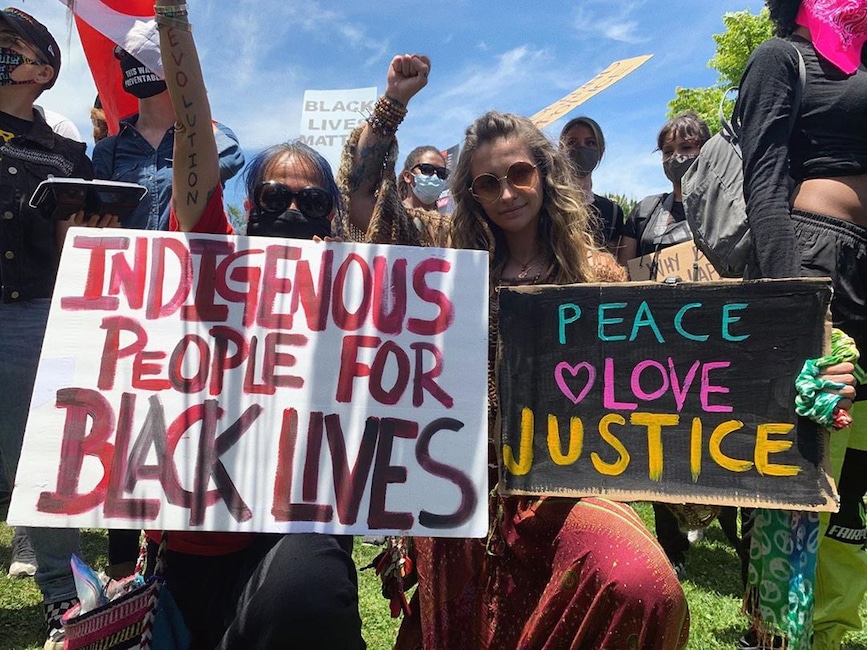 “today started out so beautifully, seeing people come together with peace and harmony in their hearts,” she wrote. “it broke my heart to see it all go up in flames. violence is not the answer. how do we expect to bring our world up to a happier and higher and healthier way of living if we’re stooping as low as those that committed the crimes we’re protesting ? peaceful protest only!!” 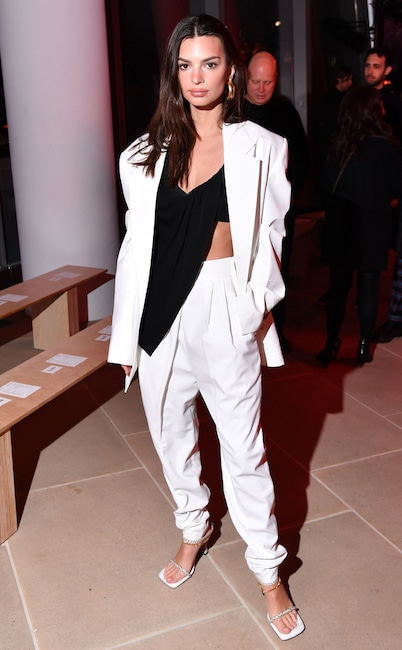 The supermodel joined protests over the weekend. 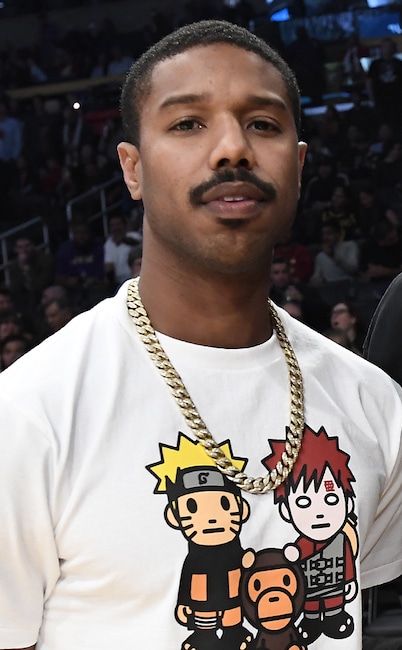 The actor was seen protesting this weekend. 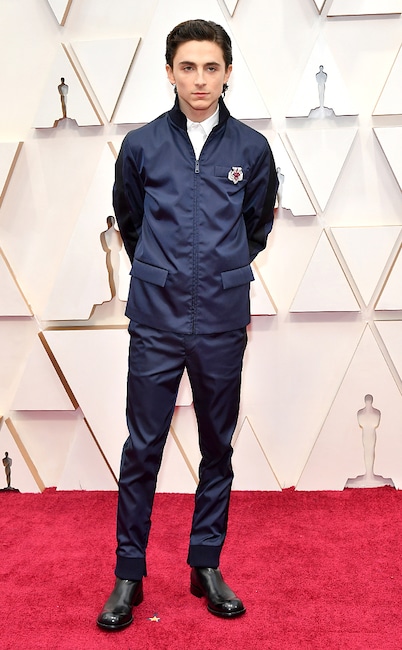 The Little Women actor was at the Santa Monica protests over the weekend.

Facebook may be working on a smartwatch for next year