Explained As Infosys launches share buyback, here’s what it means and how it helps companies

According to SEBI, buyback is a corporate action in which a company buys back its shares from the existing shareholders, usually at a price higher than the market price 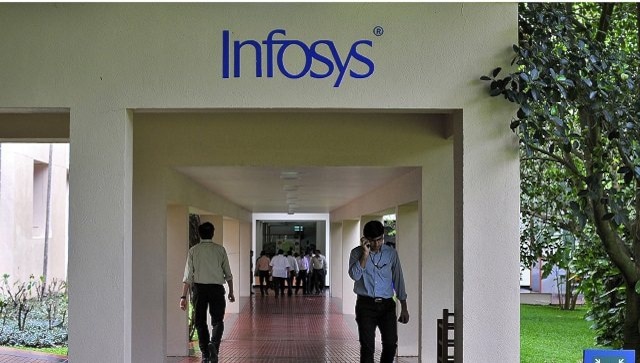 The Bengaluru-based software major Infosys has launched its latest stock buyback scheme with a view to securing more than five crore shares of the company that is in the hands of shareholders. This represents about 1.23 percent of the paid-up equity share capital of the company. But how does it help companies to buy back the shares that they had sold to investors in the first place. Here’s a look:

According to the stock market watchdog Securities and Exchange Board of India (SEBI), buyback is a corporate action in which a company buys back its shares from the existing shareholders, usually at a price higher than the market price. When it buys back, the number of shares outstanding in the market reduces.

It is common knowledge that when a company issues shares, what it is effectively doing is allowing investors to buy a piece of the company itself. If a company is founded by one entrepreneur and then sells 1,000 shares to 100 more individuals, then the company has 101 owners. Of course, what proportion of the company each shareholder owns will depend on how many shares they have bought.

As per SEBI, a buyback allows companies to invest in themselves. “By reducing the number of shares outstanding on the market, buybacks increase the proportion of shares a company owns”, said the market watchdog.

How does a company buyback its shares?

SEBI states that there are two ways in which this can be done: through tender, or on the open market. “Shareholders may be presented with a tender offer whereby they have the option to submit (or tender) a portion or all of their shares within a certain time-frame and at a premium to the current market price,” SEBI said, adding that “this premium compensates investors for tendering their shares rather than holding on to them”.

The second option is to go straight to the markets to purchase the shares, which Infosys is doing for this round of buyback. The company has had two earlier rounds of share buyback: In August 2019, it had bought back 11.05 crore shares as part of a Rs 8,260-crore buyback offer while its first buyback move had seen the company spend Rs 13,000 crore to purchase 11.3 crore equity shares in December 2017.

For this year’s buyback, Infosys has a budget of Rs 9,200 crore. In a statement ahead of the 25 June launch of its buyback scheme, the company said that it will repurchase its equity shares from the open market via the stock exchange method. The period for the buyback is six months, beginning 25 June and ending on 24 December, 2021, unless it meets its buyback target earlier. Infosys had said it is willing to pay a maximum of Rs 1,750 per share. The company’s stock was trading at Rs 1,502.85 apiece earlier this week.

How does buying back its own stocks help a company?

The highly technical and jargon-heavy world of finance provides many justifications for share buyback. Chief among them is the goal of reducing the ownership stakes in a company. SEBI states that a stock buyback can help the key promoters “enhance consolidation of stake in the company and prevent unwelcome takeover bids”.

To understand buyback, think about why a company issues shares in the first place. It issues shares because it wants to raise money from investors to fuel its expansion plans. However, raising that money also means that it is obligated to pay dividends back to shareholders. Now, it has often been seen — especially for the bigger companies in any industry or for businesses that are facing a slide in growth — that buying back shares reduces their exposure to shareholders.

One of the major reasons why a company may opt for a share buyback is if it feels that its stock is undervalued. It may so happen that a company thinks that its future prospects are robust and it is in line to deliver great profits. However, if the markets are down or if investors’ attention is on other stocks, then such a company will find that its optimism is not borne out by its stock price. In such a situation, the company may go ahead and buy back its shares if only to sell them back at a future time when it feels that there is more demand for its share.

Then there is the question of earnings per share or, EPS, which is one of the various metrics that investors study to see how profitable a company is. Now, when the company buys back shares, there remain fewer shares against which its earnings are divided at the end of the year. Thus, even without an increase in its earnings, it secures an improvement in its EPS, which may make its stocks attractive to future buyers.

However, a buyback can have its own risks, especially if the company borrows money to pay for the stocks it wants to mop up. As for the Infosys stock buyback, the company has said it will be funded out of the free reserves of the company or such other source as may be permitted by the Buyback Regulations or the Companies Act.