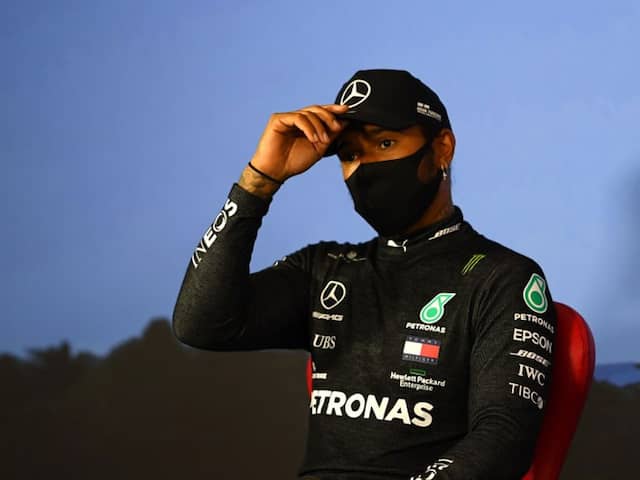 
Formula One world champion Lewis Hamilton has said he was “misinterpreted” after sharing a post on social media that accused Bill Gates of lying about a coronavirus vaccine. Hamilton said he wanted to “clarify (his) thoughts” on the issue after the video posted to his 18.3 million Instagram followers attracted critical comments. The post has since been deleted. In the footage, Gates, the billionaire philanthropist who has pledged $250 million to fighting the coronavirus, is questioned about the possible side-effects of a vaccine.

A comment accompanying the original post accuses Gates of telling lies — something that Hamilton said he failed to spot.

“I’ve noticed some comments on my earlier post around the coronavirus vaccine, and want to clarify my thoughts on it, as I understand why they might have been misinterpreted,” the British Mercedes driver wrote in a subsequent post on Instagram.

“Firstly, I hadn’t actually seen the comment attached so that is totally my fault and I have a lot of respect for the charity work Bill Gates does.

“I also want to be clear that I’m not against a vaccine and no doubt it will be important in the fight against coronavirus, and I’m hopeful for its development to help save lives.”

However, Hamilton said the video showed “there is still a lot of uncertainty about the side effects (of a vaccine) most importantly and how it is going to be funded”.

Last week Gates was forced to deny conspiracy theories accusing him of creating the coronavirus outbreak, for reasons varying from biological terrorism to making money from selling vaccines.

A video that said Gates wanted “to eliminate 15 percent of the population” through vaccination and electronic microchips has racked up millions of views on YouTube.

“It’s a bad combination of pandemic and social media and people looking for a very simple explanation,” the Microsoft founder said during a CNN Town Hall interview.