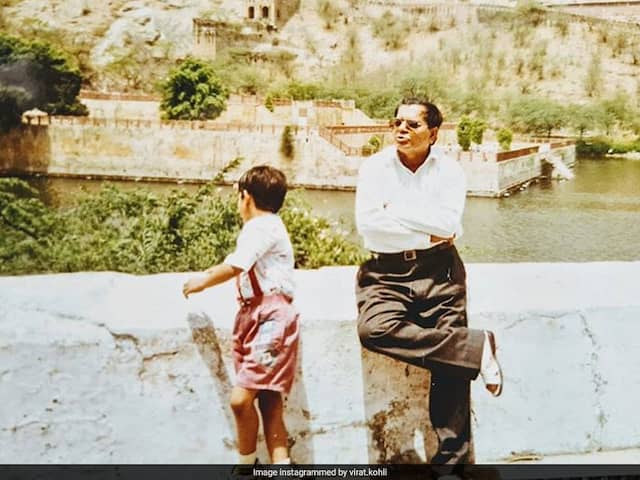 
Virat Kohli took to Instagram on Sunday to write a heart-warming message on Father’s Day. The India captain urged his fans to be grateful for the love of their fathers while urging them to choose their own path in life to move forward. “This father’s day, I urge you all to be grateful for the love of your father but always look for your own path to move forward in life. You’ll never have to look behind because they’re always watching over you whether they’re physically there or not. Happy father’s day,” Virat Kohli captioned an old image with his father.

Soon after the Indian skipper posted the picture on Instagram, fans flooded the comments section with touching remarks for Virat Kohli.

“Happy father’s day champion, your father must be really proud of you,” a fan said.

“He must be proud of you skip! You have come a long way. Bless you,” another one joined in.

Virat Kohli had lost his father when he was just 18 years of age.

Last year during an event, Virat Kohli credited his father’s decision for making his career path simple and called him a “superhero”.

“My father till the time he was in this world he has been always been my superhero,” Kohli had said.

“Due to his personality and decisions, my career path became simple that I had to move ahead only by working hard,” Kohli added.