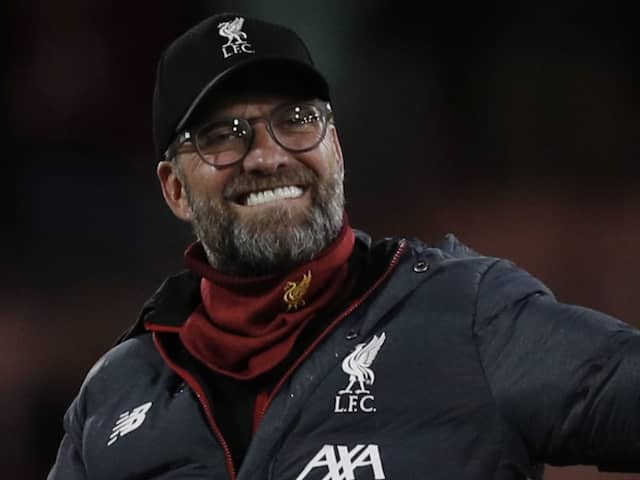 Jurgen Klopp said that teams should not have more players than needed.© AFP


Liverpool manager Jurgen Klopp has said that he will work on finding the next Trent Alexander-Arnold or Andrew Robertson for his side. The manager also said that he has high hopes from Neco Williams. Liverpool will need to make their moves quick as the 2020-21 season is slated to start from September 12. Liverpool have already secured the Premier League 2019-20 season as they have an unassailable lead at the top and they were presented with the trophy earlier this week.

“We think constantly about our situation and we know we need to find solutions for that but that’s how it is. With Neco Williams we have a real prospect there in the team already, it’s really nice to have. We will have other solutions for those problems but again finding the next Trent, the next Robbo is difficult but maybe possible and we will work on that 100 per cent,” Goal.com quoted Klopp as saying.

“Squad building is pretty tricky and a big challenge every year, but the answer is never to have more players than you need actually, that is not the answer. It feels comfortable for a moment but then over the whole year you have different problems. That’s why it’s difficult to decide the right number or the right alternatives, but that’s the job to do, so far we’ve done okay, hopefully it will stay like this,” he added.

In the last 12 months, Liverpool have managed to lift the Champions League, Super Cup, World Club Cup, and now the Premier League.

Liverpool have already secured the Premier League 2019-20 season as the side has 96 points from 37 matches.

The Reds will take on Newcastle United in their final league game on Sunday, July 26.

Taking on the Macbook Pro

From Pretty Wild to Ice Loves Coco, How to Watch Your Favorite Classic E! Series!