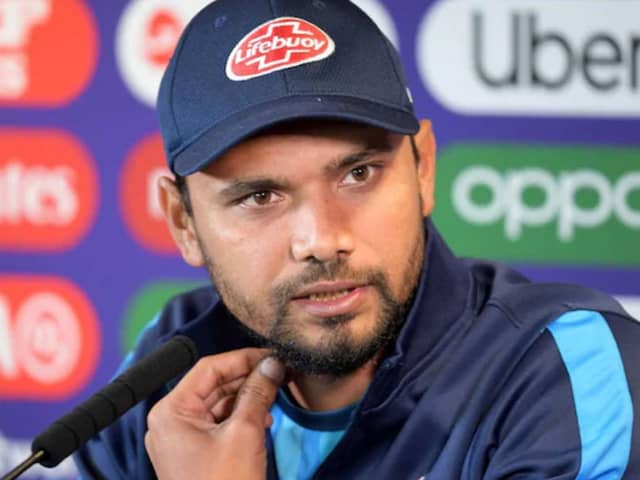 Mashrafe Mortaza had tested positive for coronavirus on June 20.© AFP


Former Bangladesh skipper Mashrafe Mortaza on Tuesday confirmed that he has tested negative for coronavirus. His wife Sumona Haque, however, has again tested positive for COVID-19. Mortaza, who has played 36 Test matches and 220 ODIs for Bangladesh was tested positive for coronavirus three weeks ago, on June 20. “I heard the results of the test this evening, which is negative, Mortaza wrote on his Facebook page. “I am thankful to everyone who prayed for me, was beside us, and showed concern during this time. But my wife is still Covid-19 positive after two weeks of being diagnosed. She is doing well. Keep her in your prayers,” he added.

Bangladesh cricketer Nazmul Islam and Nafees Iqbal who were also tested positive three weeks ago have also recovered after undergoing treatment at home.

Nazmul Islam is a slow left-arm orthodox bowler and has featured in five One Day Internationals and picked five wickets. In T20 Internationals, Nazmul Islam has played 13 matches for his team and has 8 wickets so far.

He has featured in just one Test match and has 4 wickets to his name.

Nafees Iqbal is a right-handed batsman who has played 11 Tests matches for Bangladesh and scored 518 runs with one century to his name. In ODIs, Nafees Iqbal has featured in 16 games and scored 309 runs with a career-best of 58.

Earlier this month, international cricket resumed amid the coronavirus pandemic after a three-month hiatus with the first Test match between England and West Indies. West Indies managed to outclass England and win the series opener by four wickets.