With this Nair has joined the ranks of Indian-origin executives, including Parag Agrawal, Satya Nadella and Sundar Pichai, in helming top global companies around the world 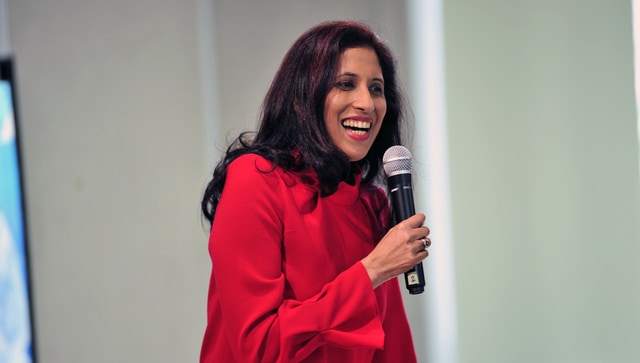 Renowned French fashion house Chanel has appointed Leena Nair, an executive from Unilever, as its new global chief executive officer (CEO) for its London office. The fashion house picked a consumer goods veteran to lead one of the world’s biggest luxury goods groups on Wednesday.

With this Nair has joined the ranks of Indian-origin executives including Parag Agrawal, Satya Nadella and Sundar Pichai in helming top global companies around the world.

After being appointed as Chanel’s new Global Chief Executive, Nair took to social media to thanked the French luxury fashion house for choosing her. She tweeted:

I am humbled and honoured to be appointed the Global Chief Executive Officer of @CHANEL, an iconic and admired company.

In a series of posts, Nair mentioned Chanel’s objectives and belief in the freedom of creation. She also stated that the company works towards cultivating human potential and in having a positive impact in the world.

Meanwhile, the fashion group informed that Nair would join them at the end of January and be based in London. They also notified that the new appointments in the company would ensure long-term success as a private company.

Who is Leena Nair?

She is a British national, who was born in India in 1969. She graduated from the Xavier School of Management with a gold medal. The 52-year-old started out as a management trainee at Unilever in 1992 and spent almost 30 years working for the firm. Furthermore, in her previous role, Nair was Unilever’s chief human resources officer (CHRO), and became the first Asian and youngest individual to hold that post.

Nair, who respects and adores US businesswoman Maureen Chiquet, follows the former Chanel CEO on social media. Chiquet was the CEO of the reputed company for nine years until early 2016.

Currently, French billionaire Alain Wertheimer, who owns the company with his brother Gerard Wertheimer, has taken on the role of Chanel CEO on a temporary basis. After Nair’s appointment, both will move to the role of global executive chairman in the company.

In 1910, Chanel was founded by fashion legend Gabrielle “Coco” Chanel. It was initially a hat boutique on Paris’s rue Cambon; later it grew to become a byword for French chic.