In her Budget 2022-23 speech, FM Nirmala Sitharaman has kept clarity about keeping privatisation low-key, under the radar if possible. The reasons are obvious: privatisation is still regarded as sinful in the political arena 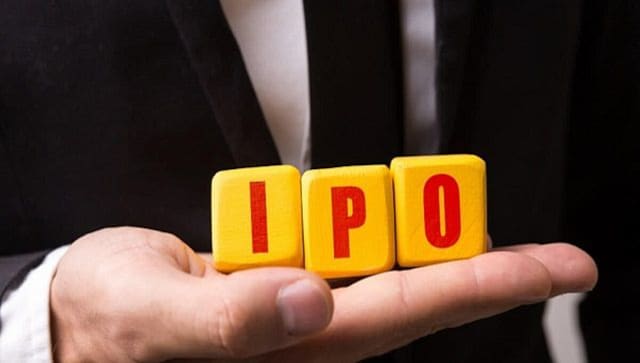 Finance Minister Nirmala Sitharaman seems very clear on public sector enterprises or undertakings (PSEs or PSUs): they have to be sold to private companies. She intends to raise Rs 65,000 crore from selling PSUs in 2022-23. This is in line with the statement Prime Minister Narendra Modi made last year on 24 February: “The government has no business to be in business.”

So, in her Budget 2022-23 speech, she said, “Towards implementation of the new public sector enterprise policy, the strategic transfer of ownership of Air India has been completed. The strategic partner for NINL (Neelanchal Ispat Nigam Limited) has been selected. The public issue of the LIC is expected shortly. Others too are in the process for 2022-23.”

She also has clarity about keeping privatisation low-key, under the radar if possible. The reasons are obvious: privatisation is still regarded as sinful in the political arena. Those who sell PSUs are accused of ‘selling the family silver to pay the grocer’s bill’. In a public discourse dominated by pinkish intellectuals and equally pinkish Swadeshi zealots, PSUs are regarded as ‘national property’ — and their sale almost treasonous. In folklore too, selling state-run enterprises is seen as ‘desh bech rahe hain.’

This was also the reason that former disinvestment minister Arun Shourie, under Prime Minister Atal Bihari Vajpayee, always longed for privatisations to become routine affairs. He would often say, “PSU disinvestment should not be on page one.”

That, alas, was not to be! Decades after he sold off a number of PSUs, he is still hounded by the opponents of disinvestment; once in a while, he receives summons from courts even two decades after transactions.

This made Sitharaman so circumspect she didn’t even mention the dreaded P and D words. A government whose ministers love to shout about their minor feats seems cagey about even owning up a huge achievement: the sale of the white elephant called Air India that has been fleecing the taxpayer for decades. She just said a few bland words: “the strategic transfer of ownership of Air India.”

The Budgetary target for 2020-21 was Rs 1.75 lakh crore, which has been revised downwards to Rs 78,000 crore. The government has been able to garner just Rs 9,330 crore. NINL is being sold for Rs 12,100 crore, but part of that will also go to the two Odisha PSUs. This takes the Central government’s disinvestment receipts in the region of Rs 20,000 crore.

The initial public offering (IPO) of LIC, which “is expected shortly”, is expected to yield the rest — that is, about Rs 58,000 crore. That, however, will happen if the IPO could be launched by March 31 this year. It may be mentioned here that, according to a PTI report, the IPO is unlikely to happen till March 31, 2022. The report said, “There are still some issues that need to be addressed with regard to the valuation of LIC, a senior official of one of the merchant bankers said. Even after the valuation, there are several regulatory processes that have to be concluded, the official said.”

Be that as it may, if the government stays undeterred by the vilification campaign that invariably accompanies privatisation, it will not be difficult to raise that amount, or even more, next fiscal from the LIC IPO.

The government also intends to privatise the oil major BPCL (Bharat Petroleum Corporation Limited). With its 54 per cent equity in the refiner-marketer, the government can expect to get anywhere between Rs 40,000 to Rs 50,000 crore.

There may be doubts about the disinvestment target getting missed this fiscal, but in 2022-23, it can surely raise Rs 65,000 crore by selling PSUs. The reason is that once government becomes serious about privatising the companies it owns, prospective investors will get excited. The sale of Air India and now NINL has underlined the government’s commitment to privatisation.

Investors also know that this time resistance to privatisation will not come from within the government. Under Prime Minister Vajpayee, a lot of ministers, including heavyweights like Ram Naik and Manohar Joshi, were against privatisation of the PSUs under their charge.

This doesn’t happen anymore. Nobody in the government, for instance, objected to the sale of Air India, though the sister organisations of the ruling Bharatiya Janata Party were not happy about it.

In a nutshell, the Narendra Modi government is likely to not just attain the next fiscal’s disinvestment target of Rs 65,000 crore but even exceed it substantially.

The author is a freelance journalist. The views expressed in this article are those of the author and do not represent the stand of this publication.