Gabrielle Union’s America’s Got Talent Exit: Everything We Know

As fans of the actress will know, it was announced in late November that she and Julianne Hough will not be returning to the NBC competition series after one season. Both Union and Hough had just joined the series as judges earlier this year, raising questions as to why they would not be back. Days after it was revealed that Union and Hough would not return for season 15, a report surfaced from Variety stating that Union had expressed concern over “offensive” incidents that occurred during her time at AGT.

Now, with each passing day, new details and statements continue to emerge about Union’s departure from the show. Union, as well as her husband Dwyane Wade, have also spoken out following her departure from the series. The results from the investigation into her exit were also recently revealed, shedding more light on what had happened. So, as more details arise, let’s take a look back at everything we know about Union’s exit from AGT.

Let’s revisit all of the details that have emerged so far regarding Union’s departure from the competition show.

Nov. 22: A spokesperson for NBC confirms to Variety that Union and Hough will not be returning to the series for the next season in 2020. Union and Hough had replaced previous judges Heidi Klum and Mel B for the show’s 14th season, which started airing in May 2019.

Nov. 26: Four days after news of Union and Hough’s departure emerged, another Variety report is published stating that Union, during her time at AGT, had expressed concern over “offensive” incidents, which reportedly took place on the set. One of the alleged incidents involved a visit to AGT from Jay Leno, during which he’s claimed to have made an inappropriate joke in front of Union and Hough. Following this offensive incident, the report states, Union sought to have the joke reported to the human resources department. But, according the outlet, the situation was “never escalated” to HR even though the issue was allegedly brought to the attention of an executive.

The Variety report also claims Union and Hough were both given “excessive notes on their physical experience,” during their time at AGT, which took a toll on morale and “led to the tensions,” for Hough in particular. Though Hough later denied this. Sources also the told outlet that Union received notes on her “rotating hairstyles,” which she was allegedly told were “too black” for the AGT audience.

In response to these claims, Hough issued a statement, saying, “I had a wonderful time on America’s Got Talent, I loved working with the cast, crew and producers. I am happy to continue my working relationship with NBC.”

NBC and Fremantle also released a statement, sharing, “America’s Got Talent has a long history of inclusivity and diversity in both our talent and the acts championed by the show. The judging and host line-up has been regularly refreshed over the years and that is one of the reasons for AGT‘s enduring popularity. NBC and the producers take any issues on set seriously.” 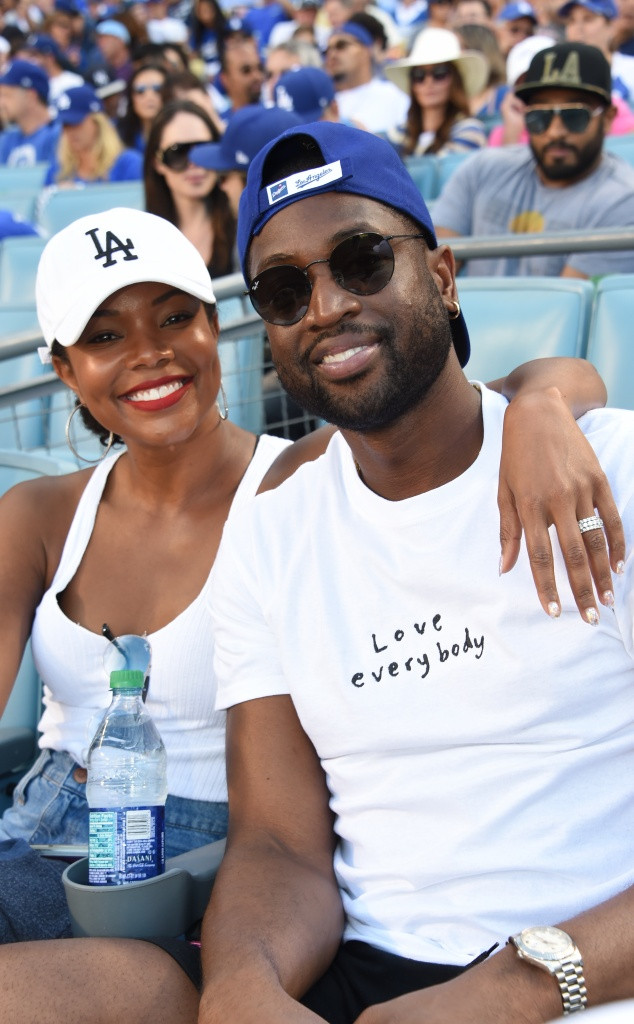 Nov. 27: Union’s husband, Wade, takes to Twitter to defend his wife in a series of posts. “‘Men lie, Women lie, numbers don’t’ Over this past year I’ve been approached by many people saying that my wife @itsgabrielleu is the main reason they’ve started watching #AGT or that they love her insight and sincerity on the show,” Wade tweeted. “So when i got the news that my wife was being fired—my first question was obviously why!? Iam still waiting on a good answer to that question. But if anyone knows @itsgabrielleu or have heard of her you know she’s an advocate for our community and culture.”

“As proud as i were of her being selected as a judge on #AGT— Iam even more proud of her standing up for what she stands for and that’s US,” the basketball star continued. “So [cheers emoji] to you @itsgabrielleu on not losing sight of the lessons we’ve talked about teaching our daughter and for kicking ass while you were on that platform. Number 1 judge on one of the biggest shows in the world‼️” 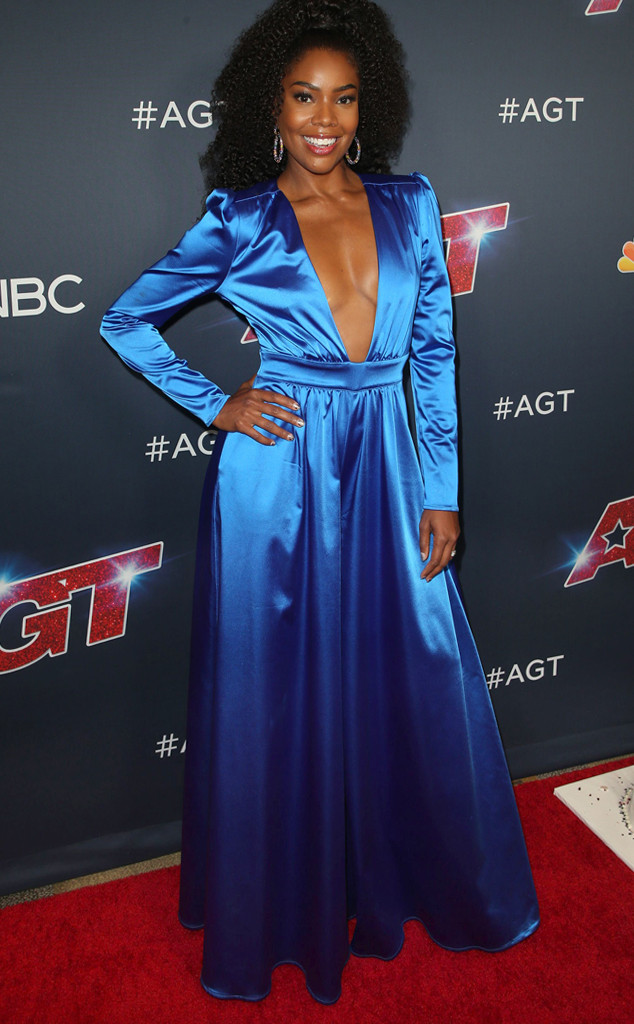 Nov. 27: Later that same day, Union breaks her silence on the subject via Twitter, writing, “So many tears, so much gratitude. THANK YOU! Just when you feel lost, adrift, alone… you got me up off the ground. Humbled and thankful, forever ❤.”

Dec. 1: AGT producers and NBC issue a new statement in response to Union’s departure. “We remain committed to ensuring a respectful workplace for all employees and take very seriously any questions about workplace culture,” NBC said in a joint statement with AGT production companies Fremantle and Syco, which was founded by Simon Cowell, a judge and executive producer on the competition show. “We are working with Ms. Union through her representatives to hear more about her concerns, following which we will take whatever next steps may be appropriate.”

Dec. 2: Leno breaks his silence. According to the Variety report, the late-night host’s offensive joke involved a painting of Cowell and his dogs. “Leno joked that the pets looked like something one would find ‘on the menu at a Korean restaurant,'” the report stated. When asked about the offensive joke in video posted by TMZ, Leno remained silent. But he did respond when asked about Union’s firing, telling the camera, “I love Gabrielle Union. She’s a great girl. I really enjoyed working with her. She’s really good.”

When asked if Union was “treated fairly,” Leno replied, “I don’t know…but I think she’s a great girl.” 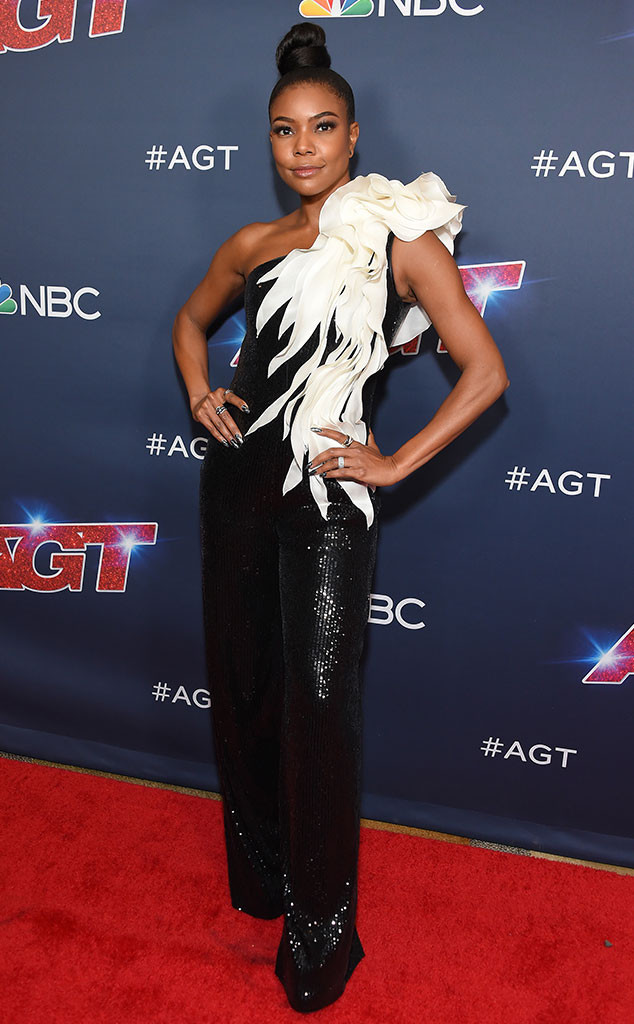 Dec. 2: A SAG-AFTRA spokesperson confirms to E! News that an investigation has been launched into Union’s exit from AGT. “We take issues of workplace health and safety very seriously. We immediately reached out to Ms. Union’s representatives when these reports came to light,” the statement reads. “It is our practice to work closely with members who reach out to us and their representatives in instances like this, as that usually affords the best protection and best resolution for the affected member.”

“For certain matters, our investigation and enforcement needs to happen independently and we are prepared to handle this issue accordingly, as warranted,” the statement continues. “Our enforcement action is usually handled confidentially to protect the member involved, and we typically do not publicize these matters unless the member requests that we do so. While we have taken steps to investigate this matter, we have nothing to report now.”

Tina Tchen, president and CEO of TIME’S UP Now, has also issued a statement on Union’s departure from the show.

“Gabrielle Union’s experience at ‘America’s Got Talent’ is exemplary of the double bind that black women face at work. Not only did Union reportedly endure and witness racist and inappropriate behavior – including racially-insensitive comments and excessive criticism about her physical appearance – but it also appears she was punished for speaking out: the company labeled her as ‘difficult’ before ousting her from the show altogether,” the statement reads. “Union’s story is deeply troubling on its own, but her experience is particularly problematic because it follows a pattern of NBCUniversal protecting the careers of powerful men at the expense of women who speak out.”

“Union’s experience shows that NBCUniversal still has a lot of work to do to change its culture so discrimination, harassment, and retaliation are no longer tolerated at the company. Building a culture of safety and equity requires continuous, intentional work sustained over a long period of time – even when a company isn’t in the throes of a crisis,” the statement continues. “Ensuring people of all kinds are respected and supported at work is critical for any company, but especially a media company like NBC that has such an outsized influence in our culture and in our lives.”

Dec. 4: In a new tweet, the star revealed she spoke with the America’s Got Talent team about her hopes for the future of the show. “We had a lengthy 5-hour, and what I thought to be, productive meeting yesterday. I was able to, again, express my unfiltered truth. I led with transparency and my desire and hope for real change,” she shared.

NBC added in a separate statement: “The initial conversation was candid and productive. While there will be a further investigation to get a deeper understanding of the facts, we are working with Gabrielle to come to a positive resolution.”

“After initial meetings with Gabrielle Union and her representatives about her experiences on America’s Got Talent, and after learning more about Orlando Jones‘ experience on American Gods, SAG-AFTRA is expanding its investigation of Fremantle Media,” the statement begins. “Our enforcement actions are handled confidentially to protect the members involved, and we typically do not publicize these matters unless the affected members request that we do so.”

The statement concludes, “We have nothing further to report at this time.” 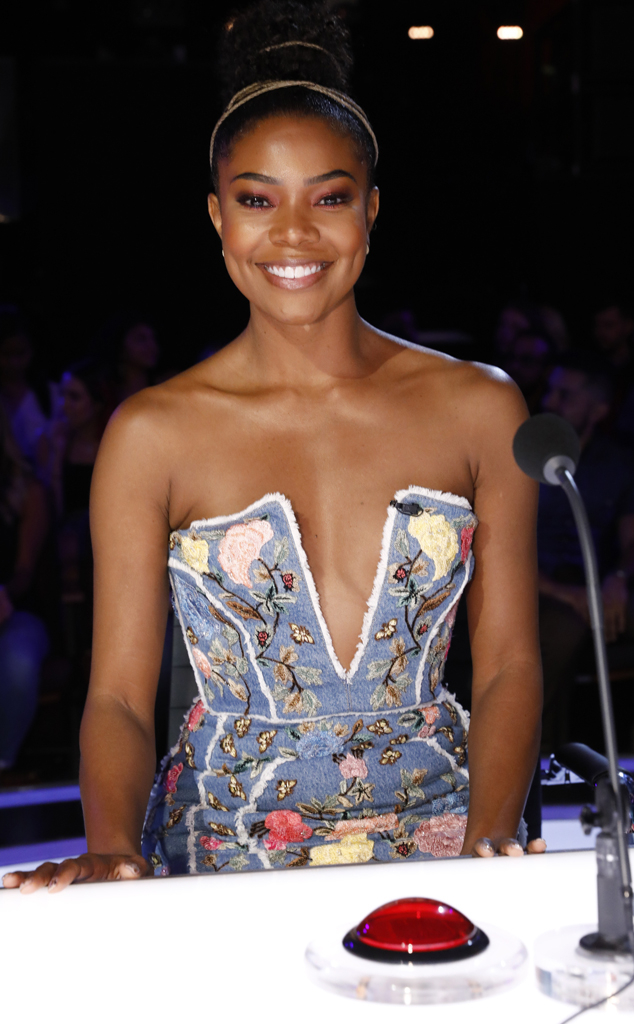 May 27: NBC and America’s Got Talent announces results of investigation.

“Through the investigation process, it has been revealed that no one associated with the show made any insensitive or derogatory remarks about Ms. Union’s appearance, and that neither race nor gender was a contributing factor in the advancement or elimination of contestants at any time,” a statement by the network and show producers reads. “The investigation has shown that the concerns raised by Ms. Union had no bearing on the decision not to exercise the option on her contract.”

The statement concludes, “NBC, Fremantle and Syco share Ms. Union’s dedication to diversity and inclusion in the industry. We continue to remain committed to having an inclusive environment for everyone associated with the show, and to upholding AGT as one of the most diverse programs on television.”

(E! and NBC are part of the NBCUniversal family.)

GST Council to meet next month; finance ministry not for raising rates on non-essential items

China ‘ready for candid and effective consultation’ with US, World News & Top Stories