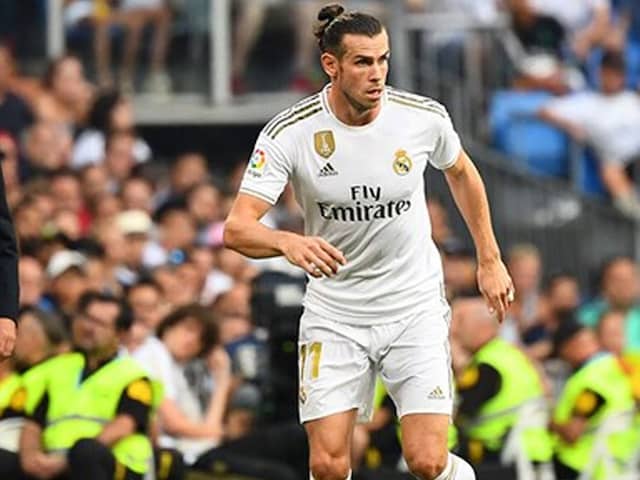 
Gareth Bale’s agent says the Real Madrid forward is unlikely to return to the Premier League because he wants to finish his career at the Bernabeu. Bale is believed to have a difficult relationship with Real manager Zinedine Zidane and was almost sold to Chinese Super League club Jiangsu Suning last year. The former Tottenham star has been linked with a move back to the Premier League on several occasions, with Newcastle the latest club to be mentioned as suitors for the Wales international.

But Bale’s agent Jonathan Barnett said the 30-year-old would happily remain in Spain.

“He has a very nice lifestyle. I don’t see why he doesn’t see his career out at Madrid, probably,” Barnett told the BBC on Thursday.

“As I’ve always said, he’s quite happy in Madrid. It’s his life that he wants to lead. Financially, he will want for nothing the rest of his life, and his children and grandchildren.”

Bale has won a host of medals, including four Champions League titles, since joining Real for a then world record USD 107 million in 2013.

But he has rarely been a regular under Zidane and has been criticised by fans and media in Spain for putting more passion into his golf hobby than his Real career.

Despite that discord, Bale has no plans to demand a move, according to Barnett.

“I have no idea what his value is,” he said. “His salary is quite high and also where he wants to go is very important in his life. I can’t put a figure on it.

“He’s won nearly everything in the world, except the World Cup, but unfortunately he plays for Wales so some things are beyond him.

“So he’s won everything else, to come back and play (in the Premier League) would be unbelievable, a big thing. I don’t think he wants to do that at the moment. He’s quite happy to play at Real Madrid.”

Bernie Ecclestone On The Hunt For Buyer For “Historic” Williams Team

“Not Had Any Symptoms”: Watford Defender Stunned By COVID-19 Diagnosis

Here’s how to use it