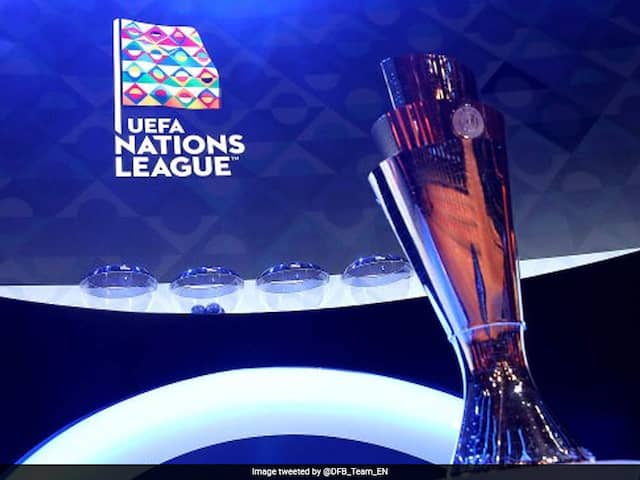 The finals of UEFA Nations League is set to be played at a yet to be confirmed date next year.© Twitter


Germany will begin their 2020 Nations League campaign against Spain on September 3 as UEFA confirmed the revised schedule for the competition. The tournament which saw its first edition being played in 2018-19, has moved the dates for its group stages due to the coronavirus pandemic. The first edition of the tournament was won by Portugal. “The 2020/21 UEFA Nations League group stage will be played on revised dates in September, October and November 2020. The new schedule was announced following a meeting of the UEFA Executive Committee to discuss the new European football calendar in light of the COVID-19 outbreak,” UEFA said in an official statement.

The first matchday will be on September 3 as Germany will play against Spain.

Iceland will then host England on September 5 with reigning champions Portugal also in action at home against Croatia.

There will be six matchdays in total with the finals then set to be played at a yet to be confirmed date next year.

Portugal had defeated Netherlands in the finals of the inaugural edition of the tournament.