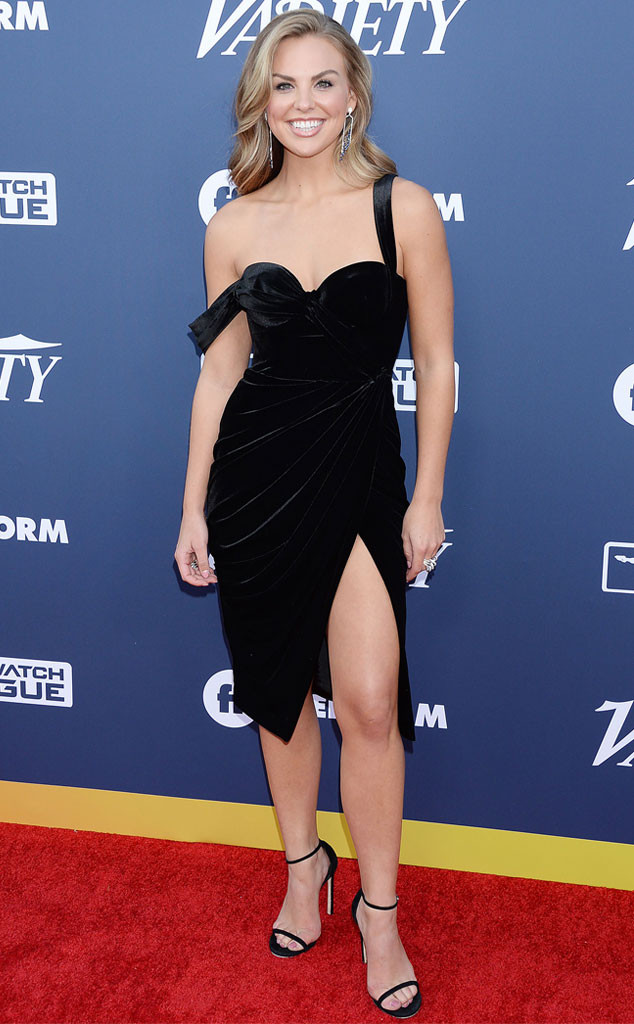 About two weeks after coming under fire for recording herself saying the N-word, Hannah Brown took to Instagram Live on Saturday to hold herself accountable.

On May 16, the Bachelor star went on Instagram Live and recorded herself trying to remember the lyrics to DaBaby‘s “Rockstar.” While she began singing a few lines aloud, she seemingly hesitated to continue but then went on to sing the lyric that included the N-word.

The morning after, Brown was met with backlash and criticism over nonchalantly repeating the racial slur on Instagram. While she addressed it in passing during the Instagram Live video, Brown didn’t seen to hold herself accountable in the moment.

Now, the 25-year-old  is sharing with her followers that for the past two weeks, she’s been busy educating herself and asking herself the “tough” questions.

At the time of the controversy earlier this month, Brown had also shared a brief apology and statement on Instagram, but many fans felt that it wasn’t enough. “There is no major excuse and I will not justify what I said,” she wrote at the time. “I have read your messages and seen the hurt I have caused. I own it all. I am terribly sorry and know that whether in public or private, this language is unacceptable. I promise to do better.”

That weekend, many other members of the Bachelor Nation also expressed their disappointment in Brown.

During her Instagram Live earlier today, Brown continued: “I know a lot of you are disappointed in me and trust me, I’ve been very disappointed in myself. But I… and I know these words don’t fix anything. My granddaddy always used to say, “Sorry doesn’t fix it.” And sorry doesn’t fix it, but I promise when you learn the things that you didn’t know before… it changes your heart and your convictions like never before and I promise you, I will not be a part of the problem anymore.”

She added, “”I will be part of the solution. And you will see that. So from the bottom of my heart. I’m so sorry. I’m sorry to everyone that I hurt and that I disappointed. And I promise to continue doing better. I promise.”

“I have learned and taken away so much from this and it’s been so eye-opening in a way that has really changed my life,” the reality TV star concluded her Instagram Live video, fighting back tears at one point, “and I’ll never say that I’ve never dreamed of… something like this… something that I did to hurt so many people… in a way, I’m in it. In a way, I’m grateful for it. Because I know now and I will keep doing whatever I can to do more […] and be a part of a solution in all this.”

Thomas Middleditch and Wife Mollie Divorcing After 4 Years of Marriage