Happiest Mind Technologies hits IPO gold; all you need to know about this Bengaluru-based startup

Chairman Ashok Soota said he was confident of filing an IPO, and added that almost 76% of his revenue was not affected by the lockdown 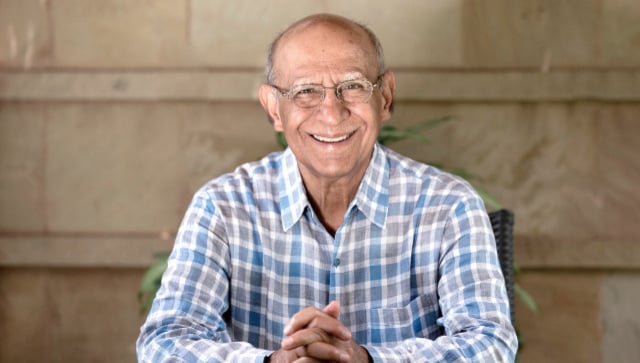 According to a report by Bloomberg Quint, the IPO got bids for 3.51 billion shares versus the 23.3 million on offer, making it one of India’s most successful first-time share sales of this decade.

According to the report, the shares of Happiest Minds were sold in a price range of Rs 165-166 per share. The company is expected to expand at an annualised rate of 20 percent, almost double the industry growth rate, according to Soota.

The firm gets 97 percent of its revenue from digital services, compared to 30-50 percent for its peers, according to a report by Motilal Oswal Securities Ltd.

Who is Ashok Soota?

Soota, a veteran of the information technology industry, was the president of Wipro’s technology business from 1984 to 1999 and was instrumental in leading it to be become one of the foremost IT services companies in India. He later co-founded the IT services company Mindtree Ltd in 1999.

In an interaction with The Times of India, Soota had confessed that people thought they were crazy to file for an IPO in the middle of a lockdown. However, he said that he was confident, given the nature of his business and added almost 76 percent of his revenue was not affected by the pandemic and lockdown.

As per Soota, the company’s focus on digital services also puts it on a very different footing from traditional IT companies. He claimed that this is what enables the company to grow at nearly 21 percent, even when the IT industry slowed down to 8 -10 percent.

Soota completed his engineering from IIT Roorkee and was hired by Azim Premji in 1985 to build Wipro’s nascent IT business. In the next 14 years, Soota rose through the ranks to become the vice-chairman of the company.

According to the company’s official website, Happiest Minds Technologies Limited is a company which “applies agile methodologies to enable digital transformation for enterprise and technology providers by delivering seamless customer experience, business efficiency and actionable insights.”

It has clients across various industry sectors such as retail, edutech, industrial, BFSI, hi-tech, engineering R&D, manufacturing, travel, media and entertainment, and others.

According to a report by MoneyControl, Happiest Minds Technologies’ initial public offering saw it being subscribed 351.5 times by non-institutional investors and 77.4 times by Qualified Institutional Buyers (QIB). Retail demand was strong as well, garnering 70.94 subscriptions.