In a comprehensive interview with Uniqlo, Murakami opened up about style, fashion, and why he always wore a tie while in Italy. 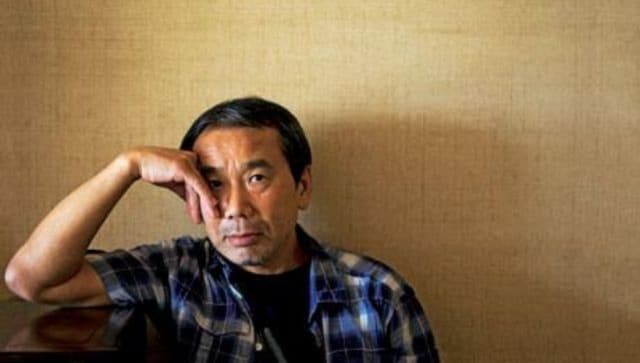 As an article in The Guardian says, it is perhaps time we stopped accusing Haruki Murakami, the 72-year-old bestselling Japanese author, of being a recluse. After hosting a live music event titled ‘Murakami Jam: Blame it on the Bossa Nova’ last month to help his listeners relax and let their hair down during these anxious times, the writer is back in the news, this time for helming a fashion collaboration with Japanese casual-wear brand Uniqlo. A range of t-shirts inspired by all things Murakami, including his favourite music, birds, cats and quotes from his books, is slated to launch in mid-March this year.

In a comprehensive interview with Uniqlo, Murakami opened up about style, fashion, and why he always wore a tie while in Italy. “Yeah, I wore them all the time. In Italy back then, you would get these dirty looks if you weren’t wearing a necktie. At restaurants, they’d show you to the worst seat in the house. Initially, I thought this was discrimination, but one day when I was wearing a tie, I was brought to this incredibly good spot. Okay, I thought, that’s how it works. From then on, I wore a tie whenever I went out to eat, and had a pretty good time doing it. But now that I’m back in Japan, I never wear them at all. For some reason, if I step out in Japan wearing a tie, it’s never long before it starts to bug me. I guess ties feel kind of unnatural once you get out of the habit of wearing them,” he revealed in the interview.

The t-shirt range boasts eight designs, which include illustrations of ‘Murakami Radio’ (a project for which he DJ-ed last year to help people cope with the pandemic) featuring a cat with a pen and a glass of orange liquid; quotes like “Books, music and cats have been my friends from way back”, and (inverted image of) the quote “Don’t let appearances fool you” from his novel 1q84, among others.

According to an announcement by his publisher Penguin Random House, the writer’s latest book Murakami T: The T-shirts I Love will be published in November this year. The book — a kind of sartorial memoir — lends a peek into his “eclectic closet”, which includes t-shirts from the ‘Springsteen on Broadway’ show in New York, The Beach Boys concert in Honolulu, among several others. It has been translated by Philip Gabriel.

Kelly Ripa Recalls Hilarious 7 Up Hair Mishap Before Her Prom