How Ford’s dated product line-up, low demand left it uncompetitive and led to its India exit

It is quite apparent like its predecessors General Motors and Harley-Davidson, Ford too failed to create a space for itself in the highly competitive and price-sensitive Indian auto market 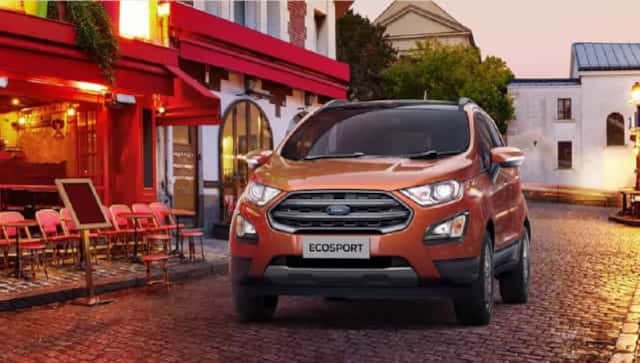 On 9 September, 2021, Ford Motor, an international automobile manufacturer decided to put a brake and halt its operations in India at Sanand, Gujarat and Chennai, Tamil Nadu after 25+ years. The US giant, as per President and CEO Jim Farley, had accumulated $2 billion in losses.

Ford struggled to remain profitable and finally had to decide to stop manufacturing in what is the world’s fourth-biggest car market, India. In a press release Anurag Mehrotra, the President and MD (Ford India), said that Ford had taken this step only after failing to find a sustainable path to being profitable. It had considered multiple options such as partnerships, platform sharing and perhaps even selling its manufacturing plants. He said, “The decision (to cease manufacturing in India) was reinforced by years of accumulated losses, persistent industry overcapacity and lack of expected growth in India’s car market.”

Lack of expected growth in India’s car market? The Society of Indian Automobile Manufacturers (SIAM), an apex industry body, has reported in July 2021 that passenger vehicle sales were up 39 percent compared to pre-COVID July 2019 sales and the utility vehicles and vans sales increased by a phenomenal 73.7 percent. The upswing in sales was despite the fact that the Indian automobile industry “continues to face heavy headwinds in the form of a global semiconductor shortage and steep rise in commodity prices” as per Rajesh Menon, DG, SIAM. With such contradicting data, one wonders if Ford India failed to see what was heading their way? Despite the 45 percent industry-wide upswing Ford Motors managed to capture only a meager 2 percent of the market share. This has been evident also from the fact that it was only using about 25 percent of its total capacity at the two locations in India and had only 2,700 permanent employees on its rolls. The closure has impacted Ford’s employees, OEM manufacturers and trade unions and workers who were quick to accuse government policies, particularly the ‘Make in India’ scheme. This argument can hardly hold water, as government policies are uniform and should have a similar effect on other auto manufacturers.

It is quite apparent like its predecessors General Motors and Harley-Davidson, Ford too failed to create a space for itself in the highly competitive and price-sensitive Indian auto market. In fact, a basic Ford’s ex-showroom price is 7 lakhs upwards, which an average Indian family can ill afford. Ford’s dated product offering, the low demand for its range and the lack of any new mass market models seem to have dealt the death blow.

pandemic, India is on a quick recovery path. India’s gross domestic product (GDP) for the first quarter of 2021-22 grew at 20.1 percent compared to a contraction of 24.4 percent in the same period a year ago. India has continued to offer incentives worth $23 billion to attract auto-manufacturers including production-linked breaks.

Post-Covid India’s gross fixed capital formation, an indicator of capital expenditure, rose 55.3 percent for the first quarter of FY21-22, which indicates a healthy push in consumer spending. Yet the same Ford India that created the budget SUV segment with the launch of EcoSport and made use of lower excise duty for cars below 4m length, did not capitalise this opportunity. Ford’s decision to exit is not a result of India’s economic decline but failure to adapt to India.

Ford’s exit is a symptom of a larger malaise. It entered a JV with Mahindra & Mahindra in 2019, which collapsed on 31 December, 2020. This backfired quite significantly and left Ford with no new models for the near future and severely underutilized plants.

Today, Maruti Suzuki and Hyundai together command more than 70 percent of the market share. Tata Motors in the past year showed a gain of 5.22 percent. In contrast, in the two decades, Ford in India has not made profits except for two years where they reduced overheads. No governmental policy can make up for nimbleness, business acumen and continuous innovation needed from the manufacturers.

For example, the move towards vehicles that are more sustainable and have cleaner fuel use is global. After four- and two-wheelers, India aims to convert 30 percent of all wheels on roads into electric by 2030. The current government’s push towards greener technologies and incentives offered is exemplary as is evident from a clear roadmap that is supported by the FAME II scheme. More than 13 states have notified electric vehicle policies. The enabling ecosystem is still nascent and needs to mature. For example, discoms need to recognise the importance of installing charging stations in public places.

India has done its bit by the way of encouraging policies and initiatives that focus to EVS and hydrogen cells with 26,000-crore PIL. The recently announced PIL scheme will offer much to the sector. Lauding the scheme, the Automotive Component Manufacturers Association of India said it was a welcome move and would incentivise investments in EV related technologies.

The back beating that Ford took in India is not isolated. Earlier in January this year, it closed down in Brazil, putting an end to decades of manufacturing presence in the country. Ford fixed the blame on the pandemic, which amplified years of poor sales and “significant losses”. The exit from Brazil was directly linked to electric vehicles, which the manufacturing plants were not equipped to do.

Ford Motor closing in India and Brazil is indicative of the change that is being demanded of the automotive industry. Manufacturers will increasingly be compelled to invest in production of electric vehicles and will close manufacturing units that produce internal combustion-engined cars with little profit margins. Any investment to be made from now on has to be in the future – and the future is electric. This puts the onus squarely on the automobile manufacturers. Things may only get worse for those that choose to stagnate, further impacting MSMEs and ancillary industries.

The author is a political analyst, media panelist, author and social catalyst who uses a systems-led approach for policy advocacy and consulting. She has consulted several clients in industries like Automobile, Healthcare, Pharma and Supply chain and Public Service.

Amy Schumer Reveals Whether She Misses Her “Ho Days”

Rohit Sharma Furious Over Killing Of Pregnant Elephant In Kerala