How heatwave might thwart India’s dream to feed the world

With wheat supplies from Russia and Ukraine hit, there’s a big chance for India to step in and tap into the export market. But yields in north India are seeing a drop 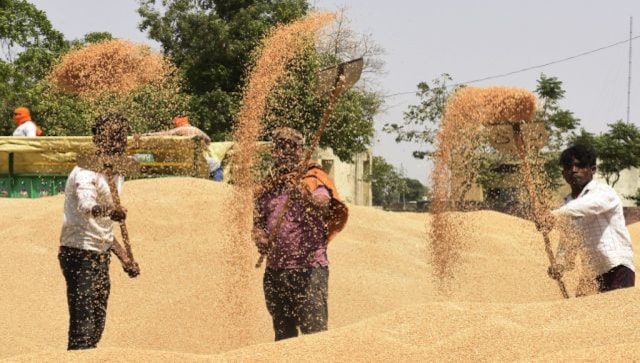 India is hoping for bumper crop to tap into the export market but the heatwave is likely to play spoilsport. AFP

There’s a huge window of opportunity for India to fill in the shoes of Russia and Ukraine and export wheat to the world. It’s something that Prime Minister Narendra Modi was banking on too.

During a talk with United States president Joe Biden last week, Modi offered to supply India’s food stock to the world if the World Trade Organisation (WTO) accords permission. “We already have enough food for our people but our farmers seem to have made arrangements to feed the world,” he had said.

Can the country become a breadbasket as war rages on in Ukraine? We take a look.

Why is there a shortage of wheat?

Russia and Ukraine combine for nearly a third of the world’s wheat and barley exports. But the ongoing conflict between the two nations means they cannot fulfil their commitments.

The war in Ukraine has cut off supplies from one of the world’s leading breadbaskets and is set to prevent the planting of crops this year, leading to an unprecedented shortage. Wheat prices are at their highest since the global food crisis in 2008. The sanctions on Russia do not make the situation any better. Delivers from both nations have been hit and the most affected are countries in Africa and West Asia.

“The supply disruptions and threat of embargo facing Russia mean that these exports have to be taken out of the equation. India could step in to export more, especially when it has enough stocks of wheat,” Upali Galketi Aratchilage, a Rome-based economist at the Food and Agriculture Organisation of the United Nations, told BBC.

This disruption in wheat supplies has thrown open a chance for India to step in. It is hoping to export the grain to Egypt, Turkey, the Philippines, and some nations in Africa and Europe.

But does India have surplus wheat to export?

The country is the second-biggest producer of wheat. As of April, it had 74 million tonnes in stock of which 21 million has been kept for strategic reserve, reports BBC.

The plan was to use the reserve stock for exports. The Indian government was looking for new markets to sell the staple.

Plus, India is counting on a bumper crop to tap into the export market but the heatwave is likely to play spoilsport.

Wheat is currently being harvested in the big grain-bowl states in north India – Punjab, Haryana, Uttar Pradesh, Rajasthan, and Madhya Pradesh. Cultivators said their per-acre yields have dropped by 10 to 15 per cent, reports The Hindustan Times (HT).

Another report in The Wire says that in Punjab and Haryana, the largest producers of wheat in the country, around 20 to 25 per cent of the harvest was lost.

In February, the government forecast wheat production would be a record 111.32 million tonnes this year, against 109.59 million tonnes the previous year. An early summer marked by nearly a month of above-normal temperatures in March threatens to upend that estimate, according to the HT report. The wheat yield in the north Indian states, especially Punjab and Haryana, has dropped. AFP

Why is there a drop in production?

North India experienced extreme heatwave conditions in March. This is a time when the crop was in the advanced ripening stage. But the rising temperatures caused the grains to shrivel, which affected both the quality and weight of output, according to farmers.

That’s not all. India is also facing a shortage of fertilisers, partly fuelled by the war as Russia is one of the largest producers and exporters of fertiliser. India also depends on China for fertiliser but the country has blocked exports until late 2022 for its food security.

It’s the small-scale farmers who have been worst hit as they cannot find fertiliser to buy at all. “It has been a nightmare for me, having to queue up endlessly to buy fertilisers,” said Shiv Ram Singh, a rice and wheat farmer from Madhya Pradesh. “(I) wake up in the middle of the night because someone has an extra sack they are selling on the black market,” he told Reuters.

According to Harish Damodaran, a senior fellow at the Centre for Policy Research, a Delhi-based think tank, the yield will be lower because of fertiliser shortage and the extreme weather conditions. “…we should not become gung-ho about feeding the world,” he told BBC.

All you need to know-Business News , Firstpost