How Rakesh Jhunjhunwala built his new 13-floor home in Mumbai

Each floor is well marked out in the building. While the fourth floor houses the banquet hall wherein the family can host large gatherings, the eighth floor has amenities like a gym and massage, the tenth floor has guest bedrooms and the 11th floor is for Jhunjhunwala’s children 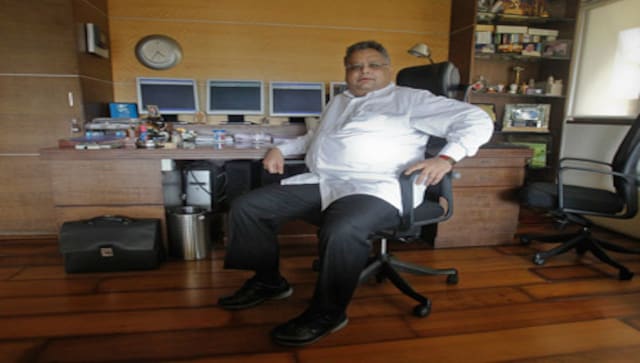 There was a small and elegant building called Ridgeway Apartments at Malabar Hill. It had only 12 apartments which were owned by two large multinational banks. Top executives of the banks stayed in the building. It’s a building I know well since one of my relatives stayed there for a few years. I recall the apartments being spacious with high ceilings, good layouts and excellent views of Marine Drive. In terms of density, it was amongst the least dense buildings in the locality.

Then in 2013 one of the banks, Standard Chartered, decided to sell its share of 6 apartments. Specialists were called in to execute the sale. There was a discussion on whether to sell the apartments individually or sell them altogether. Clearly the bank recognised that greater value lay in the land where the building stood – than in the individual apartments. So, Standard Chartered decided to put all its 6 apartments on sale with the focus of attracting a wealthy family who may eventually want the entire building to themselves.

Around the same time a billionaire stock investor wanted to upgrade. That man was Rakesh Jhunjhunwala. He wasn’t content with just an apartment or two. He wanted the entire building for himself. In his existing building, there were too many apartments and too few apartment sellers. On the other hand, Ridgeway Apartments had only 12 apartments and only two owners: HSBC & Standard Chartered. Only two sellers needed to agree to get the entire building on your side. For the moment it was Standard Chartered that was putting its apartments on the block.

Jhunjhunwala made a move on those apartments and won the bid. He purchased six apartments for Rs 176 crore. That amount was 20% above the minimum reserve price. He patiently waited for the remaining 6 apartments to come on the block. Four years later in 2017 the rest of the 6 apartments owned by HSBC were put up for sale. It was almost certain that the highest bid would come from Jhunjhunwala so that the entire building would be his. It turned out exactly that way. Jhunjhunwala bid an even higher price of Rs 195 crore this time around and bagged the apartments.

Now the entire building was his. The next step: Demolish the current building. The initial plan was to build a bungalow for himself. That plan was abandoned. Thereafter he decided to do a building with 13 floors that would have gorgeous views of the sea.

I am not sure about his experience in the process of construction but it is likely that even a man like Jhunjhunwala would have been tested. The numerous rules and policies have frustrated one and all. Jhunjhunwala may have been exasperated but he showed tremendous diligence in understanding the finer aspects of constructing a home. Ameet Pawar of M/s Aakar Architects and Consultants, one of the agencies involved in the upcoming Jhunjhunwala home tells me that “Jhunjhunwala was particular and diligent in understanding every expense incurred in the approval from the municipal authority – especially with regards to premiums that are payable to the municipal corporation for an individual’s personal home.”

The tower that finally got approved is a home that will have an area of a whopping 70,000 square feet. Each floor is well marked out. The 4th floor has a banquet hall wherein the family can host large gatherings. The 8th floor has amenities like a gym and massage. The 10th floor has 4 large guest bedrooms. The 11th floor is dedicated for his children.

It is the 12th floor where Jhunjhunwala and his wife aim to live life – king size. Every part of the floor has spacious rooms. The size of his bathroom exceeds that of the average 1BHK sold in Mumbai. His master bedroom of 731 square feet is 20% bigger than the average 2BHK sold by builders today. And his living and dining room is larger than the size of 3BHK apartments in most luxury projects.

At the top is the terrace that also includes a vegetable garden, conservatory area and an outdoor seating deck.

His home is not yet completely built. But when it is – Jhunjhunwala will be another of India’s big billionaires who have entire buildings to themselves.