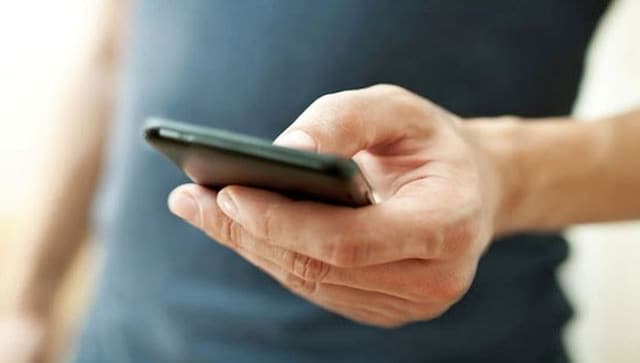 Financial inclusion is one of the key drivers of economic growth. Now make it digital and it becomes a game-changer. Financial inclusion is easy to adopt and scale when it is digital. The world had gradually been moving towards digitisation, but the pandemic forced the shifting of gears to immensely accelerate the journey. The impact of digitisation has been very prominent in India because of the coincidence of demonetisation and the resulting call for a ‘cashless society’. India, with all its glorious dichotomies, has been a keen rider on the technology train. With an exponential increase in mobile and internet usage and a relatively faster rate of technology adoption, India is poised to deliver Financial Inclusion at scale with the amalgamation of cutting-edge technology and the intent to include our population in the financial mainstream.

Financial growth is a true reflection of economic performance. And accessibility to avenues of financial growth is inclusion. This inclusion harnesses the true potential of a population, making them fiscally aware and empowered. When people have access to their savings, they tend to live life more assuredly, and when they have access to credit, they tend to be more productive, ambitious, and competitive. But there are still large swathes of society which are isolated from the benefits of digitisation and innovation in finance and are merely an audience to standardised financial institutions. And not to forget, there are those millions who remain unbanked and completely excluded from the financial mainstream.

Equitable mobilisation of capital and resources can provide viable options for poverty alleviation as well as economic emancipation, thus freeing up a large part of our population from the daily struggles of mere survival to allow them to spread their wings and fly towards a more prosperous future. Digital Financial Inclusion will ensure that the marginalised and underserved are acknowledged and are given opportunities to access, move, and grow their funds.

Powered by mobile phones and access to the internet and bolstered with a gamut of new-age technologies such as Artificial Intelligence, Machine Learning and Big Data, there is immense scope to reach out to the unbanked and underbanked. Digital Financial Inclusion will amplify opportunities and transform lives and it is the FinTech sector which holds the key to nurturing and propagating this ecosystem.

The number of active internet users in India is expected to increase by 45 per cent in the next five years and touch 900 million by 2025 from around 622 million in 2020. The numbers seem to indicate that companies will have more of a digital presence compared to a physical one in the near future, and many of them have already started providing services digitally, helping them to reduce cost and improve efficiency while amplifying reach. The same is true with banks and financial institutions.

“Digital rupee will be introduced in India during the 2022-23 financial year,” the Finance Minister of India said while presenting the Union Budget. The RBI echoed the same and said that it will soon begin working towards the “phased implementation” of its own digital currency. Banks no longer need to rely absolutely on a physical presence; they can provide all their services online with the help of Fintech companies or by developing their own in-house platforms. Digitalization helps customers by enabling direct transactions, access to credit, utility payments, etc. without the need for third-party intervention or going to a physical branch or outlet.

AI algorithms are maturing day by day and investments in this technology are increasing. It is transforming the consumer financial services market as well as consumers’ interaction with the financial services ecosystem. Although AI is not yet prevalent, many companies have started implementing it. The accumulation of data will be rapid as companies go digital. AI helps the companies to use this raw data, analyse it and provide recommended solutions which help them to make informed decisions and stay ahead of the competition. Further, Machine Learning algorithms can calculate credit scores which will improve the financial institutions’ ability to lend to customers with light credit history. AI can also predict frauds by observing behavioural patterns which will increase confidence among lenders while dealing with this thin file customer segment.

The term blockchain refers to distributed digital ledgers. These ledgers employ consensus protocols to create a single version of the truth. Recorded entries cannot be altered due to encryption protocols, rendering the digital ledger immutable. These characteristics make blockchain an attractive technology for providing transactions for parties with different interests such as lenders or borrowers. Increasing mobile banking among rural populations enables companies to deliver financial services through blockchain technology.

It further provides the credit history of the borrower to the lender, helping the lender monitor creditworthiness of the customers. In the post-presentation of the Budget 2022, Prime Minister Narendra Modi said that India’s new blockchain-based digital currency will just be a virtual form of the standard Indian Rupee (INR), the official currency of the country that now exists in a physical form. Just as the issuance of this currency is controlled by the Reserve Bank of India (RBI), the digital currency, too, will be regulated by the central bank, said the prime minister.

RPA also helps financial institutions to reduce cost and further the cause of financial inclusion in many ways. RPA enables banks to generate compliance reports automatically and track or identify fraudulent transactions. It is also used in customer onboarding by capturing data from KYC documents using Optical Character Recognition (OCR) technology. RPA is also being used for account opening, making the process far more efficient compared to the manual one, because it eliminates data transcript errors between the system and the customer. It also allows companies to automate the mortgage lending process which includes loan initiation, financial status analysis, documentation, automated customer service etc. All these benefits of RPA enable the bank to reduce cost of operations, which is a major challenge for financial inclusion.

The writer is CEO and MD, Sub-K IMPACT Solutions Limited. Views are personal.

How Raghuram Rajan betrays his own sermons

AFC To Restart Champions League In September At Centralised Venues