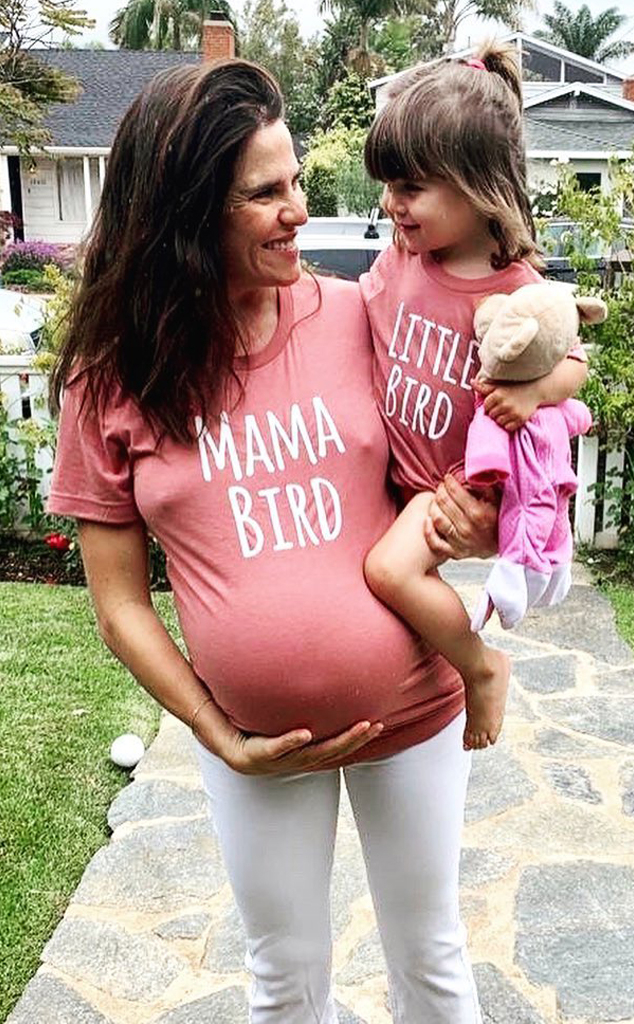 How To Get Away With Murder star Karla Souza is expecting her second child with husband Marshall Trenkmann.

The Mexican actress shared the lovely pregnancy news on Wednesday afternoon with an adorable picture showing off her growing baby bump.

“Those of you who have already watched module one of #Unleased already know this, but building this course has also coincided with my pregnancy,” she wrote on Instagram, alongside a picture of herself carrying her daughter Gianna Trenkmann. “Opening up in such a deep way while creating life has been such a gift and I’m honored to continue sharing, glowing, and UNLEASHING with you all over the course of the next four weeks.”

At the time of the series finale, Souza took to Instagram to share a couple of throwback pics throughout the seasons. “And that’s a wrap. Thank you to everyone who contributed to the last 6 years of @howtogetawaywithmurder! I’m overwhelmed with emotion to be at the end of this beautiful journey, at the same time, I’m also eternally grateful to have brought Laurel Castillo to life ❤️ Thank you @petenowalk, @shondarhimes, @violadavis, and every single person who was part of this production! I’ve learned from each one of you,” she wrote. “This isn’t goodbye—just see you later.”

Last week, she also took to social media to share some special words Davis had to say about her while working on the Shonda Rhimes ABC drama.

“It’s been an honoring working with and learning from @ViolaDavis for the past few years! Beyond her incomparable gift and commitment to this craft, she is also a force of generosity and kindness,” she shared on Instagram, alongside a picture of the two. “So to have her say these words about me is something I’ll cherish for the rest of my life: “I worked with Karla for 6 years. The word I would use to describe her is “present”. She sees you. Takes you in. She is passionately honest, equally vulnerable and tough… Most importantly, she so wants to lead a life of significance.” Thank you Viola!”

Souza has appeared in Mexican sitcoms like Los Héores del Norte and La Clinica. She also has gone on to star in From Prada to Nada, Nosotroes los Nobles and Instructions Not Included.